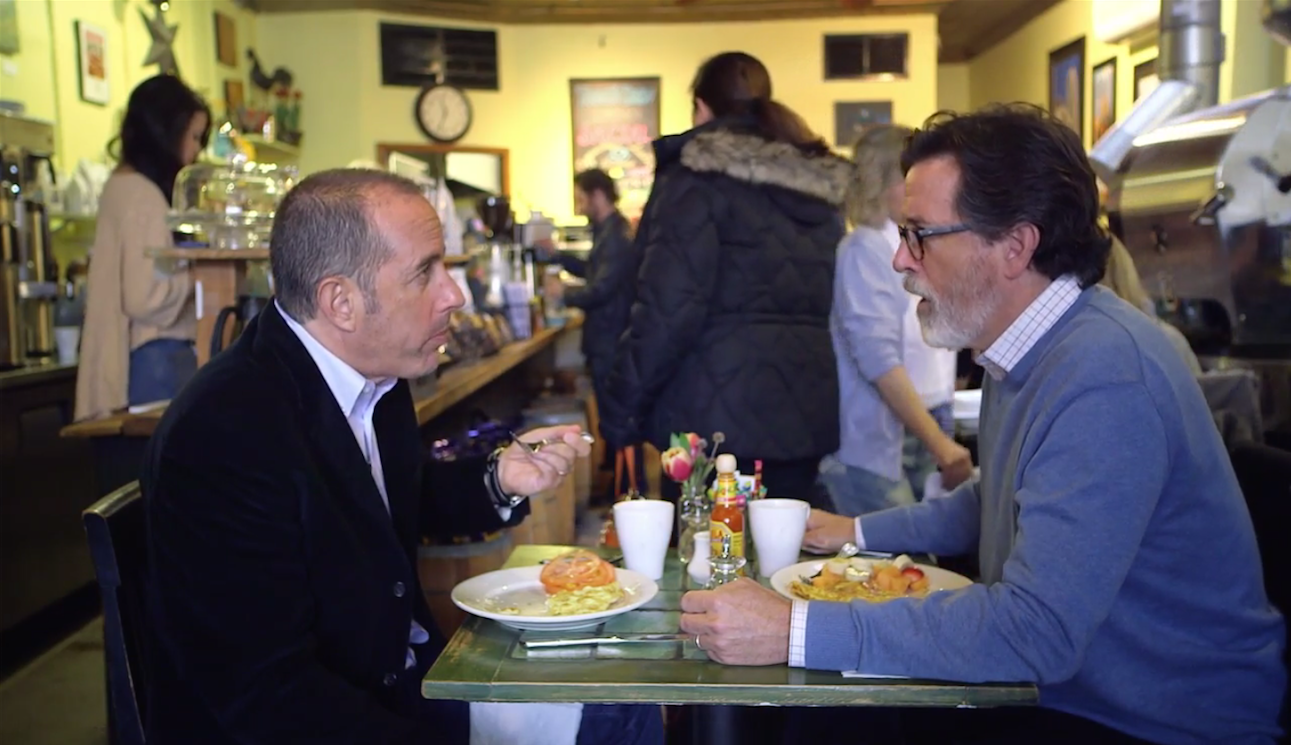 A few months before Stephen Colbert unceremoniously shaved his beard off in preparation for his new gig as host of The Late Show, Jerry Seinfeld invited him to ride along for an episode of Comedians In Cars Getting Coffee. If you haven’t been keeping up, we’re already on the sixth season of Seinfeld’s web series, and Colbert’s episode serves as the season finale.

And what a season it’s been.

If you’re a fan of the dynamic, this might be one of the most consistent seasons of the series yet. Jim Carrey’s episode is especially baffling. And if you want to get to know more about Noah than the silly Twitter outrage from earlier this year, he shares a great deal of his life story (and peppers in plenty of solid jokes) throughout his episode.

But it all concludes with Stephen Colbert, a man that Jerry Seinfeld calls “one of the greatest television performers” he has ever seen. You can watch the episode now — along with every other episode of the past six seasons — on comediansincarsgettingcoffee.com.