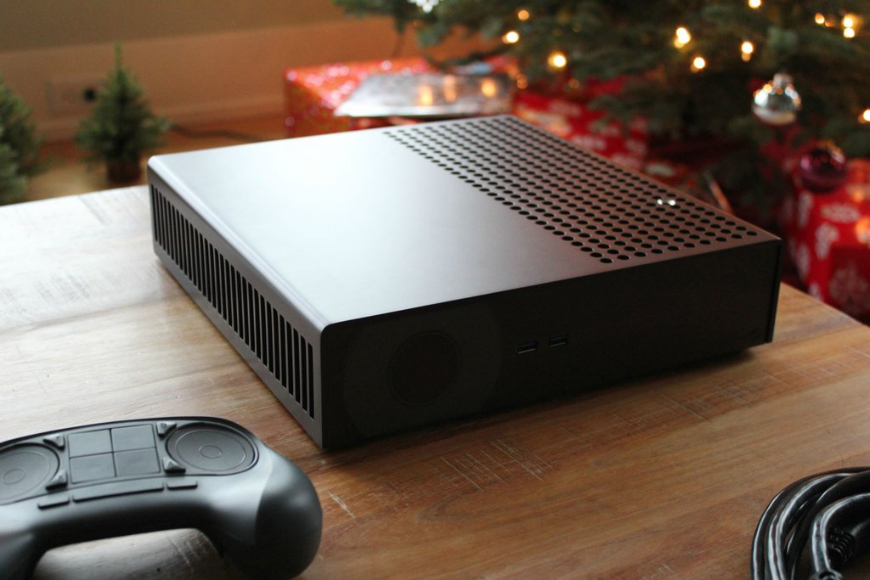 Valve on Friday shipped Steam Machine beta units to 300 lucky developers, with some of them already posting details – including image galleries and hands-on videos – about the new console in town. In addition to listing specs for the test console, some developers posted on YouTube unboxing, gameplay and teardown videos for the first Steam Machine unit.

The console was shipped in wooden boxes which contained the actual goods including the test console, the Steam Controller, an USB Steam OS recovery thumb drive, a removable Wi-Fi antenna module, the appropriate cables and manual instructions. Reddit user colbehr revealed the specs for his Steam Machine, which packs a 3.2GHz quad-core Intel i5-4570 processor, 16GB of RAM, GeForce GTX 780 GPU with 3GB of video memory, ASRock Z87E-ITX motherboard and SilverStone ST455F PSU.

YouTube user Corey Nelson posted several videos on YouTube, showing the actual unboxing of the Steam Machine, the Steam Controller, the console booting up, and a first teardown of the device. Additionally, he posted several gameplay videos on his channel for various games including “Portal” and “Left for Dead 2.”

Valve’s Steam Machine is the company’s first console project, although the device is yet to hit stores. In addition to Valve, other companies will also build their own Steam OS machines, which should be demoed in the near future, maybe as soon as CES 2014.