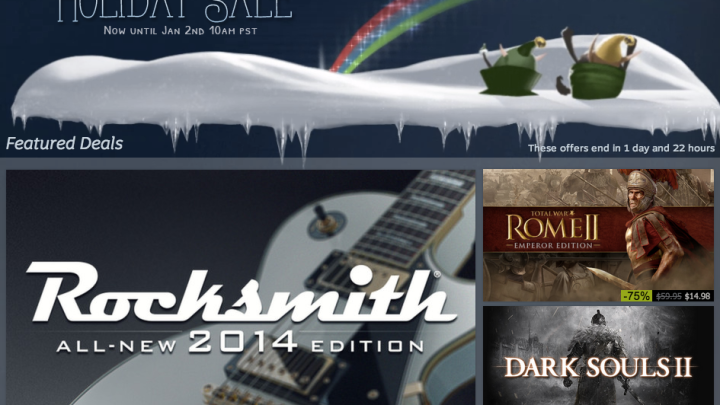 Halloween might be spooky, but there’s no time of the year quite as terrifying for PC gamers as the Steam Holiday Sale. On Thursday, Valve launched the biggest PC gaming sales event of the year on its digital download platform. From now until January 2nd, Steam will feature hundreds of sales, but you’ll have to check back fairly frequently if you want to get the best deals.

There will be a rotating group of featured offers on the front page of Steam, but new deals will appear every 12 hours directly beneath the featured section. Even further down is the Community’s Choice, which lets Steam users decide between three deals. The offer with the most votes wins.

The sale has only just begun, but we’ve taken this opportunity to find some of the best deals you can take advantage of on day one:

We’ll be sure to check back in before the sale is over to cover a few more deals that you’ll want to check out. Remember, the Steam Holiday Sale ends on January 2nd at 1pm ET.