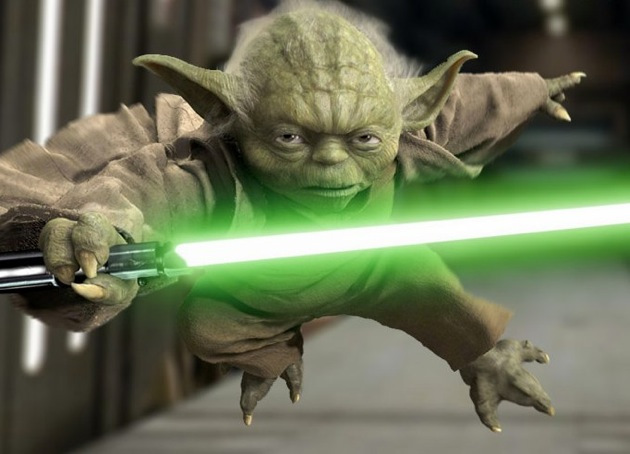 How much does Yoda weigh? That’s probably a question you hardly think about. It doesn’t really matter how big he is, or how much he weighs. He’s just freaking awesome, and the Force is so strong in him. However, leaving the Force aside, some Star Wars fans are nonetheless curious about the little guy’s weight, which is why they conducted an experiment to estimate it.

There’s one particular scene in the Star Wars movies that Wired looked at in order to solve the mystery of Yoda’s weight: When Luke Skywalker goes to Dagobah to learn the ways of the Force, and at one point during his training, he does a one-armed handstand balancing Yoda on one foot (image above). Using modern physics and data about the human body, Wired was able to calculate Yoda’s weight using that image as a reference.

For that pose to work, Luke and Yoda have to be in perfect equilibrium. The tech blog estimated that Dagobah has about the same gravitational pull as Earth and that Luke’s mass and mass distribution are typical for a human.

Using mass distribution data, Wired balanced the forces that act on Luke and Yoda – that’s the gravitational force and the force of the ground pushing up. The actual Force doesn’t matter for this one. This is the equation it had to solve:

The conclusion is rather unexpected: we have no idea how Yoda weighs. The math says he must be precisely -43.7kg – yes, that’s negative 43.7 kilograms, something that’s not possible – to balance the entire Luke-Yoda equation.

In other words, Yoda is pulling Luke up while giving him the impression that he’s doing it all by himself. Yes, Yoda is using the Force to heal Luke’s bruised ego. That’s not something the screenplay tells us, but something science figured out – the full explanation about the math behind this physics problem is available at the source link.