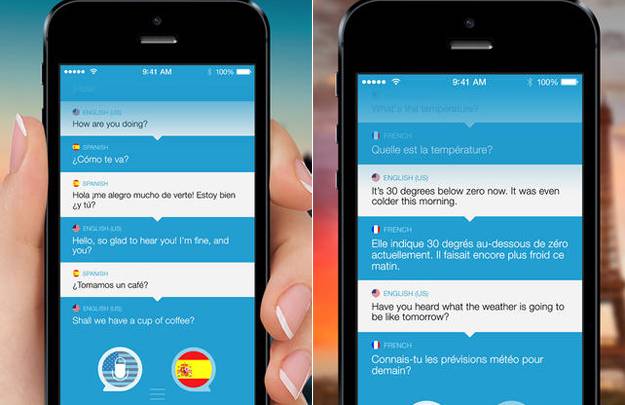 2014 might be a relatively boring year for smartphone fans, but every once in a while you come across an app that makes you appreciate how far mobile technology has come. One example is Word Lens, the reality-augmenting text translator that was recently acquired by Google and is now available for free. That limited-time sale must have inspired Appic Fun, because the developer just made its own incredible translation app for the iPhone free as well.

In a nutshell, Speak & Translate allows users to speak a word or phrase that is recorded by their phone. The app will then quickly translate the speech into the selected language and speak the translated version aloud.

So you might ask a stranger “Where is the best place to get a good hamburger?” while roaming the streets of Paris, and the app will then speak “Où est le meilleur endroit pour acheter un bon hamburger?”

Speak & Translate is an indispensable voice and text translator that allows to communicate effectively in any corner of the globe. Instantly speak 40 languages and hold written conversations in 72 languages!

Speak & Translate is typically $3.99 but it can be downloaded for free for a limited time by following the App Store link in our source section below.