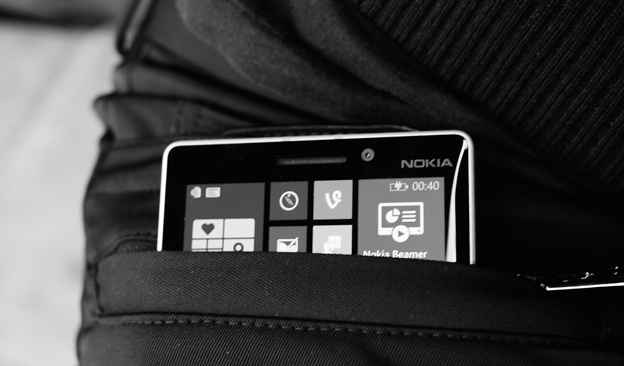 With the increasing number of mobile devices that can be wirelessly charged, it’s no surprise that more companies are thinking about how they can incorporate this technology in their products. Starbucks has recently announced that all its stores across the U.S. will offer customers wireless charging areas, but what if that’s not enough? One fashion designer, working together with Microsoft, has come up with a pair of pants for men that will wirelessly charge phones, Business Insider reports.

The pants, which will cost more than $340 when they start selling, will pack a wireless charging plate from the Nokia DC-50 within one of the front pockets. The trousers will be available from Amazon in the following months.

“Having something that you could wear without the technology feeling cumbersome was a challenge,” designer Adrien Sauvage said. “It was also difficult to distribute the heat so that the wearer wouldn’t feel like they were in a sauna.”

It’s not clear though how the pants are charged themselves in order to then wirelessly charge the phone when it’s placed in the pocket, but the Nokia DC-50 charging plate supports both wireless and wired charging when it comes to charging itself. It’s also not clear whether there are any health-related concerns when it comes to wearing such pants, including protection for accidents, especially water-related. What’s clear though is that the pants will not be machine washable.