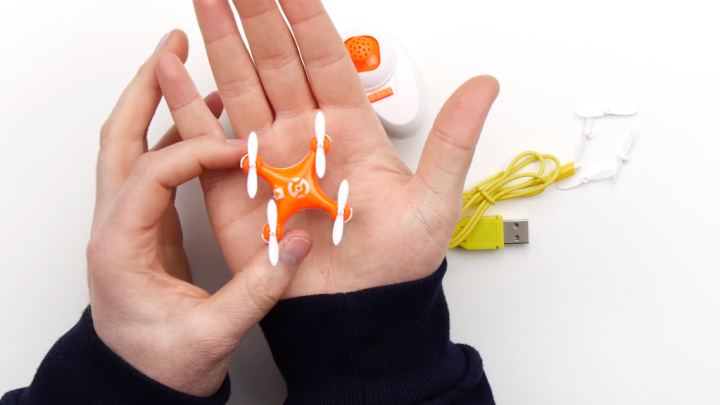 Privacy seems like such a quaint 20th Century concept, doesn’t it? Unbox Therapy has posted a video of the CX-10 Mini Drone, which is described as the world’s smallest drone and is a definite harbinger of things to come. In other words, it looks like privacy is finally toast.

The good news with this particular drone is that Unbox Therapy says you’ll have to fly it indoors since it’s so small and light that a good gust of wind could blow it down. This means that you can’t use it to secretly peep on into your neighbor’s window, for instance, or to trail someone while they’re walking outside.

All the same: At least with standard-sized drones there’s no way to miss them. If you’re being trailed by one or if one is hovering outside your window, there’s a decent chance you’ll see it. But as they get smaller and quieter as technology improves, they’ll be much harder to detect and will open up the door for every amateur NSA agent in your neighborhood to keep an eye on everything.

At any rate, Unbox Therapy’s video of of the CX-10 Mini Drone is very entertaining and you should check it out below.