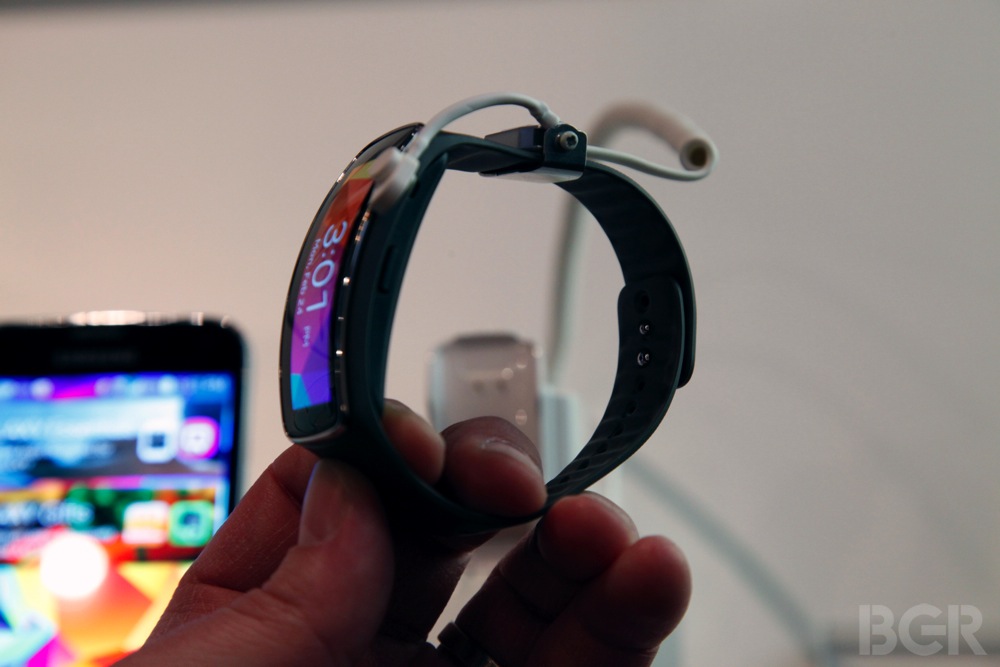 Samsung may be getting ready to announce more wearable devices in addition to the three new gadgets unveiled at MWC 2014, including the Gear 2, Gear 2 Neo and Gear Fit. Engadget has discovered an FCC filling that describes a new Samsung wearable device called the “S-Circle” that’s yet to be officially unveiled by the company.

The S-Circle has model number EI-AN900A and has been spotted in Bluetooth SIG documentation before by Samsung Updates. The FCC describes it as an activity tracker that would have Bluetooth LE support. Engadget believes the S-Circle will be part of the same family as the S Band and Heart Rate Monitor Band that were launched last year alongside the Galaxy S4, and therefore be able to track both fitness as well as monitor heart rate. Assuming it resembles the S-Band, the device would not have a display though.

The Gear 2, Gear 2 Neo and Gear Fit should launch in early April, with a recent report suggesting they will cost €299, €199 and €199 in Europe, The S-Circle could be a more affordable option for buyers looking for a more budget-friendly fitness gadget.

In other words, Samsung appears to be interested in offering a wearable device for every need and wallet, a strategy that paid off in its smartphone business so far, and which the company has also adopted for its tablets.