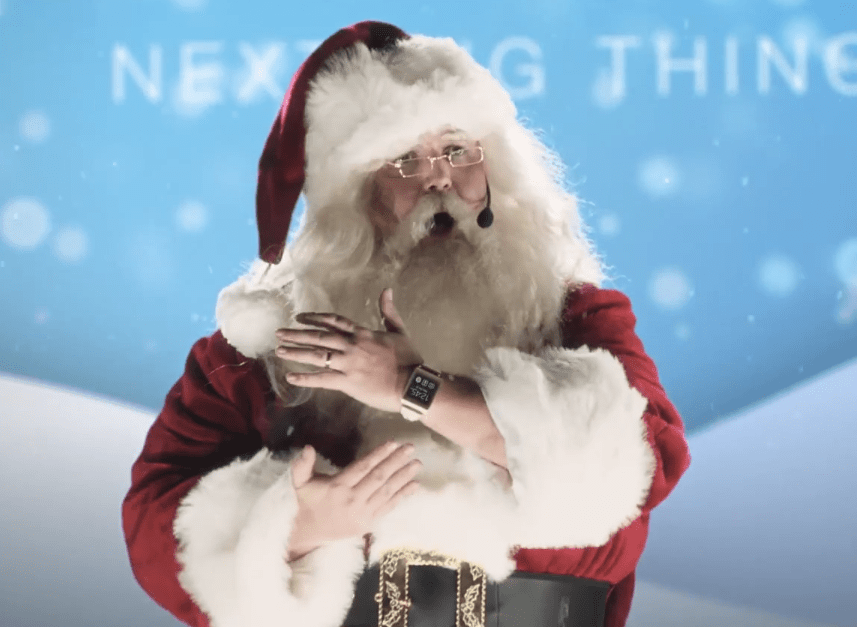 While Samsung released two of the year’s best smartphones this year in the Galaxy S4 and the Galaxy Note 3, its first-generation smartwatch has been widely panned by critics and even some Samsung execs have admitted that it’s really not all that great. But Samsung isn’t ready to give up on the first version of the Galaxy Gear just yet and it’s recruited none other than Santa Claus to help them sell it to holiday shoppers.

Santa, who last year helped Samsung sell smartphones by informing us of their amazing powers to help you share sex videos with your spouse, appears in a new ad where he shows off the Gear to a room full of befuddled elves. Among other things, Santa shows off the Gear’s ability to help you take pictures, answer phone calls and do other things that normal watches don’t do. At the end, Claus declares that the Gear is “not a watch” but is instead “a miracle.”