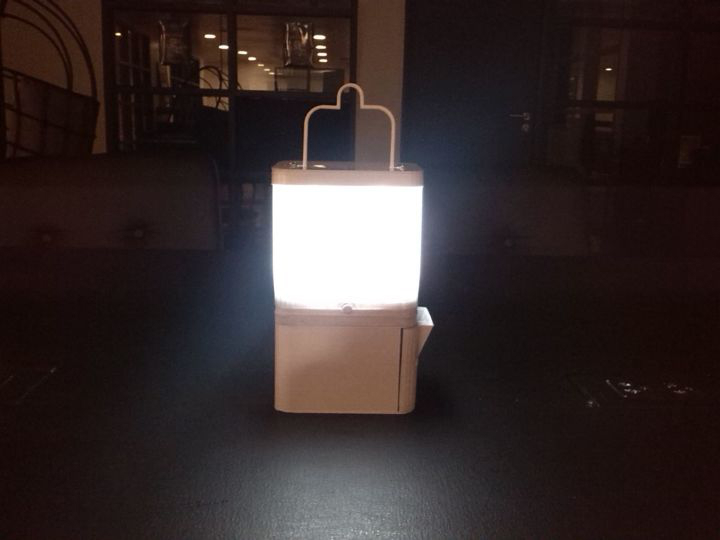 In theory, it will soon be possible for you to charge your iPhone or any other USB-equipped mobile device with a lamp that’s powered by salt water. However, this lamp’s designers have an even bigger goal in mind than just charging smartphones — they want to be able to use it to power entire houses.

According to Upworthy, Raphael and Aisa Mijeno are two brothers from the Philippines who came up with the concept that ultimately won the IdeaSpace Philippines start-up competition.

The brother and sister duo found inspiration for the project in their country, a place where many communities don’t have access to electricity and have to rely on kerosene fuel to light up homes at night.

“What the people do is, they walk for 12 hours just to buy a bottle of kerosene,” Raphael told Upworthy. “And that’s good for two days.”

Salt water is much easier to find and very affordable. “In the Philippines, even in [low-income households], you will surely find three things: water, rice, and salt,” he said.

The two came up with a lamp that works for up to eight hours at a time on one glass of water and two teaspoons of salt. Charging phones will likely require more water and salt. The metal electrodes have to be replaced twice a year.

The Mijenos have started their own company, called Sustainable Alternative Lightning, and have been finding support from start-up incubators from East Asia and organizations like USAID. A prototype for the lamp should be out by the end of the year.