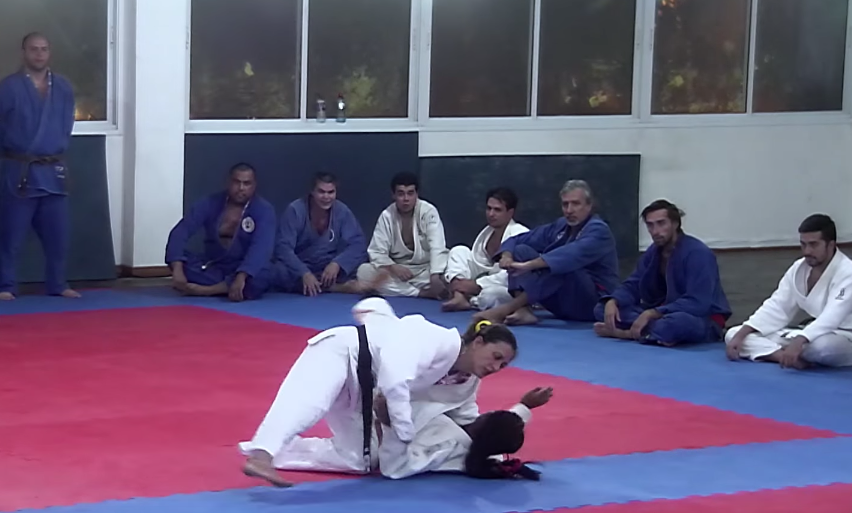 Just because you live with disabilities doesn’t mean you can’t be a world-class athlete. If you want proof of this, check out a new video posted by Rio 2016 that shows Paralympic athletes going into a gym and wowing everyone there with their incredible skills.

One athlete who really stands out is Lucia Teixeira, a Brazilian woman who is visually impaired and who also happens to be an amazing judo fighter. Despite her disability, she absolutely schools the competition in this Brazilian gymnasium.

“It was pretty awesome, she beat me up pretty bad,” says one man who grappled with Teixeira.

Other athletes featured in the video are Vinicius Rodrigues, a sprinter who has an artificial leg but who nonetheless runs at up to 15 miles per hour on a treadmill, and Luciano Dantas, a power lifter with dwarfism who manages to lift twice his own wait.

The video was made to promote the 2016 Paralympics that will take place next September in Rio. Check out the whole thing below.