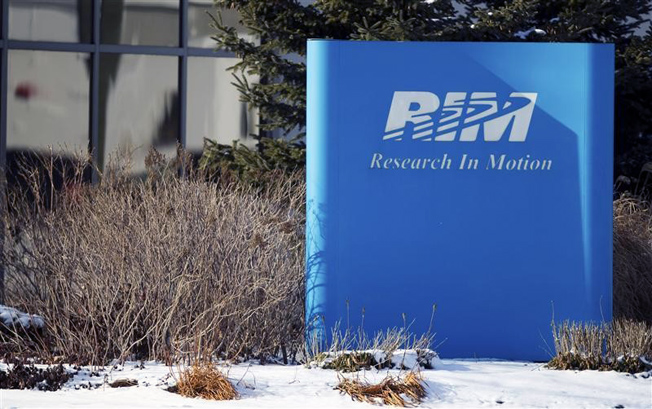 Research In Motion (RIMM) is trapped in a holding pattern as it rushes to launch its next-generation BlackBerry 10 platform. The first smartphones powered by RIM’s new software won’t launch until the first quarter next year at the earliest, however, and the Canadian vendor’s current lineup is getting stale in the meantime. Recent reports suggested that some U.S. carrier stores haven’t sold a single BlackBerry handset in more than a month, and although company CEO Thorsten Heins put concerns surrounding potential subscriber declines to rest earlier this week when he announced RIM added two million net subscribers in the second fiscal quarter to reach 80 million total global users, the vendor still reported its third consecutive net quarterly loss on Thursday.

Analysts were expecting RIM to post a net loss of $0.47 per share for the second fiscal quarter of 2013, and the Street’s revenue consensus came in at $2.5 billion. The numbers are now in, and RIM confirmed that it lost $0.27 per share, or $235 million, on revenue of $2.9 billion, beating Wall Street’s expectations on both counts. RIM reported a loss of $0.37 per share on revenue of $2.8 billion in sales for the first fiscal quarter this year, and it managed a profit of $0.80 per share on $4.7 billion in revenue in the year-ago quarter.

RIM’s stock was up more than 16% in after-hours trading on the surprise earnings beat.

RIM expects to report another operating loss for the third quarter of fiscal 2013, and the company’s full press release follows below.

• Cash, cash equivalents, short-term and long-term investments increased by approximately $100 million to $2.3 billion at the end of the second quarter

Revenue for the second quarter of fiscal 2013 was $2.9 billion, up 2% from $2.8 billion in the previous quarter and down 31% from $4.2 billion in the same quarter of fiscal 2012. The revenue breakdown for the quarter was approximately 60% for hardware, 35% for service and 5% for software and other revenue. During the quarter, RIM shipped approximately 7.4 million BlackBerry smartphones and shipped approximately 130,000 BlackBerry PlayBook tablets.

Adjusted net loss for the second quarter was $142 million, or $0.27 per share diluted. Adjusted net loss and adjusted diluted loss per share exclude the impact of pre-tax charges of $136 million ($93 million on an after-tax basis) related to the Cost Optimization and Resource Efficiency (“CORE”) program. This charge and its related impact on GAAP net loss and diluted loss per share are summarized in the table below.

“Despite the significant changes we are implementing across the organization, our second quarter results demonstrate that RIM is progressing on its financial and operational commitments during this major transition,” said Thorsten Heins, President and CEO. “Subscribers grew to approximately 80 million global users, revenue grew sequentially from the first quarter, cash, cash equivalents, short-term and longterm investments increased by approximately $100 million to $2.3 billion, and carriers and developers are responding well to previews of our upcoming BlackBerry 10 platform. Make no mistake about it, we understand that we have much more work to do, but we are making the organizational changes to drive improvements across the company, our employees are committed and motivated, and BlackBerry 10 is on track to launch in the first calendar quarter of 2013.”

The total of cash, cash equivalents, short-term and long-term investments was $2.3 billion as of September 1, 2012, compared to $2.2 billion at the end of the previous quarter, an increase of approximately $100 million from the prior quarter. Cash flow from operations in Q2 was approximately $432 million. Uses of cash included intangible asset additions of approximately $253 million and capital expenditures of approximately $87 million.

The Company expects that there will be continued pressure on operating results for the remainder of the fiscal year based on the increasing competitive environment, lower handset volumes, increased marketing expense associated with the launch of BlackBerry 10, and some impact from pressure by customers to reduce RIM’s monthly infrastructure access fees. Also, the Company plans to continue to invest in targeted marketing and sales programs to aggressively drive sales of BlackBerry 7 handheld devices before the anticipated launch of the BlackBerry 10 smartphones. The Company expects to report an operating loss in the third quarter of fiscal 2013 as RIM continues to work through the transition to BlackBerry 10 and completes its CORE program. This outlook excludes any benefits or future impact of charges related to the CORE program.