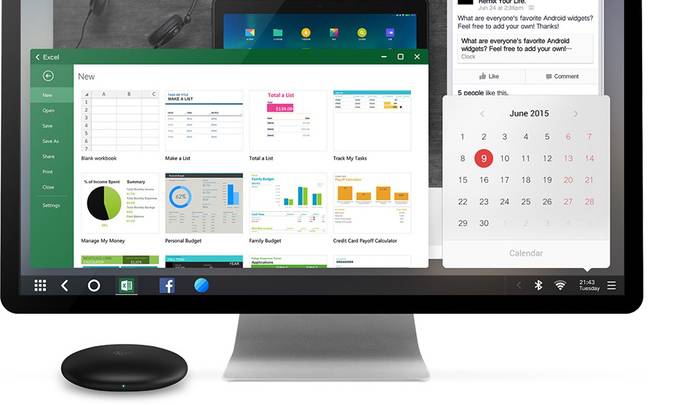 Google’s vision for Android doesn’t work for everyone, and many OEMs are looking at different ways of using the operating system for improving our computing needs. Chinese company Jide Tech is one such Android device maker that’s imagining Android as a Windows-like platform that could deliver PC-like functionality to end users. The company has previously launched a very affordable tablet on Kickstarter, and now it’s back with a $20 device that’s described as the “world’s first true Android PC.

Called Remix Mini, the device costs as little as $20 (the 1GB RAM version), assuming you were fast enough to get the early bird offer on Kickstarter. The 2GB model costs just $40. The project has already surpassed its $50,000 funding goal, with 44 days left in the campaign.

The special Android-based OS (Remix OS) comes with mouse and keyboard support, a dedicated file manager and support for resizable windows, features that will remind you of Windows PCs.

The Remix Mini should ship at some point in October, but you’ll have to buy your own monitor for it – see the Android PC in action in the video below.