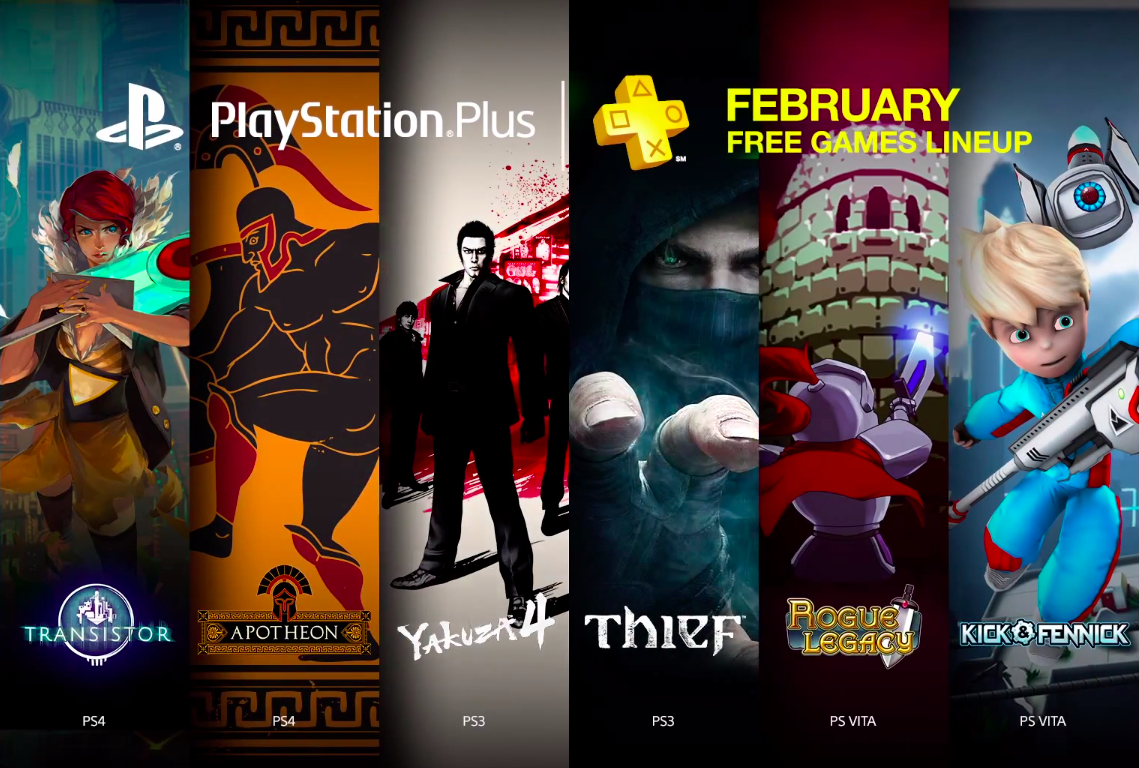 You’ll have to trudge through most of February before The Order: 1886, the first major PlayStation 4 exclusive of the year, hits store shelves. In the meantime, Sony wants to make the wait a little easier with its latest selection of free games. On Thursday, the PlayStation community team revealed the six games PS Plus subscribers will get for free on February 3rd.

PlayStation 4 owners will be treated to two visually captivating action RPGs — Transistor, which won countless awards in 2014, and Apotheon, which will release day-and-date with the February free games lineup. I don’t know much about Apotheon, but based on the fact that Transistor was a game of the year nominee for dozens of publications, it’s probably worth a download.

On PlayStation 3, Yakuza 4 and Thief will both be free to download. Thief got a bad rap when it came out last year, but as you can read in my review, I found plenty to like about it. No, it’s not the sequel that fans of the series were hoping for, but it’s a solid first-person adventure game, especially at the low price of $0.

As for PS Vita, Rogue Legacy and Kick & Fennick will be free of charge in February. If you only download one game next month, make it Rogue Legacy. It’s the most entertaining roguelike I’ve ever played, and it’s a cross buy game, so you’ll be able to play it on Vita, PS3 and PS4.

Check out the video below to see all six games in action, and then head to the PlayStation Store next Tuesday afternoon to begin downloading your free games.