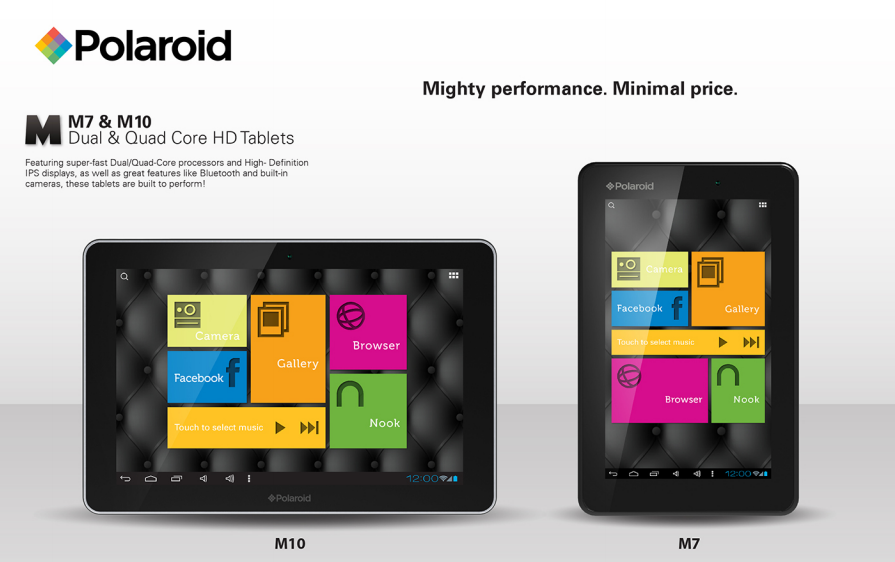 Polaroid isn’t typically a name that comes to mind when people think of Android. While the company has released a few Android-powered cameras, it has never fully embrace the operating system. Times are changing, however, and the iconic company is doing its best to survive in a new world. At the Consumer Electronics Show in Las Vegas, Nevada this week, Polaroid announced two new Android tablets that look to compete with Google’s (GOOG) Nexus devices.

Perhaps the most attractive feature of the new tablets is their pricing: the M7 is being offered for $129 and the M10 can be had for just $229. Both tablets will be released this spring.