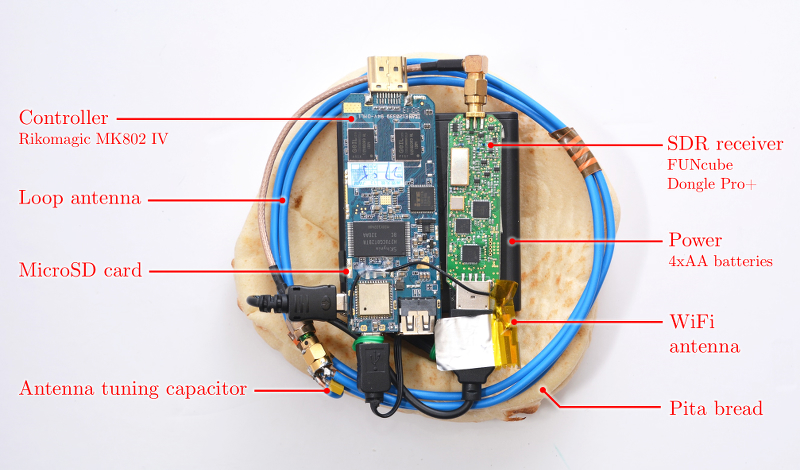 Inventive researchers at Tel Aviv University have come up with a new way of spying on computer users, one that can reportedly steal passwords wirelessly with help of a radio and… pita bread.

The method analyzes the electromagnetic radiation of laptops during various operations and the software used can tell the difference between different computer tasks. Encrypting and decrypting communication operations have their own electromagnetic signatures, which can be captured by the special device and then interpreted on a different computer.

Laptops could be fooled into revealing passwords when sent encrypted passages of text, and then the special radio would record the electromagnetic radiation.

Why is the pita bread necessary? Well, it turns out that the radio device is big enough to be hidden inside pita bread, a sandwich, or any other object that wouldn’t attract attention in public spaces. The method can be used to spy on public targets without them even knowing, though the hacker should be in the vicinity of the targeted laptop (no farther than 50cm).

As for results, researchers say that it only takes a few seconds to crack a password stolen with this contraption – the full study, available at the source link, explains how the device is built and how it operates.