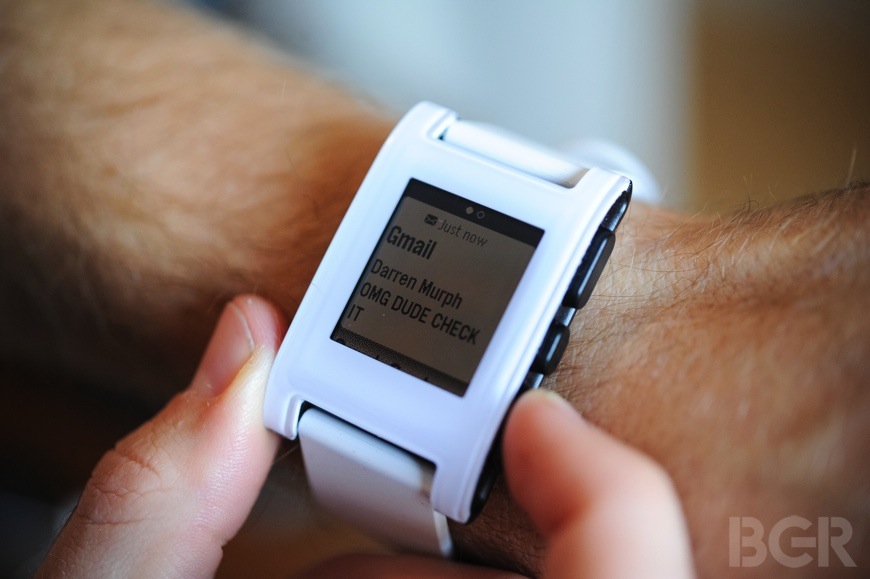 You knew it was bound to happen, and happen it has. While it apparently still has a ways to go to catch up to Samsung’s Galaxy Gear, a Kickstarter-backed company moving some 200,000 or so units in a matter of months is nothing to scoff at. To wit, Pebble‘s seeing a massive spike in developer action now that SDK 2.0 is in the wild and the watch has added full iOS 7 Notification Center support. In a bid to funnel all of that activity into a central location, the outfit on Wednesday announced that the Pebble appstore will launch “in early 2014,” and interested developers can begin submitting their SDK 2.0 Pebble apps immediately.

We’re told that the new store will “seamlessly integrate with your iOS or Android Pebble smartphone app,” and it’ll house programs that take advantage of the four APIs that were untapped earlier this month: JavaScript, Accelerometer, Data Logging and Persistent Storage. In the outfit’s FAQ, we’re told that paid apps won’t be supported at launch, though third-party apps (such as those found at MyPebbleFaces.com) will still work for v2.0 users and won’t be blocked in any way by the Pebble team. And with that, the app war bleeds over to your wrist.

A screen shot of the new appstore follows below.