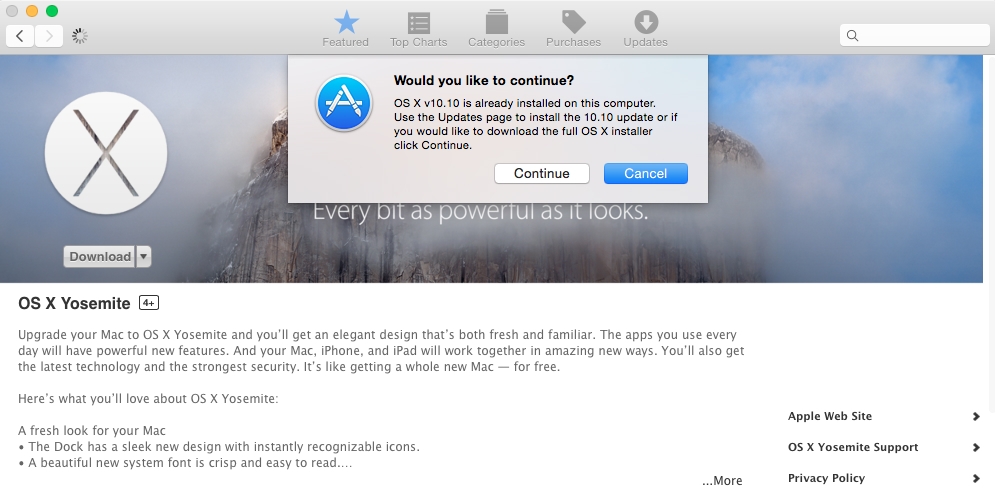 Apple on Thursday released the final build of OS X Yosemite, which became available to Mac users as a free download from the Mac App Store. However, not all Mac users were able to install it on their devices, as their Mac App Store apps would not make the update available. In case you’re one of those people still checking to see whether the update is ready, you should know there’s a simple explanation of why you can’t update: You’re already running it. Just click on that download button (as in the image above), and your Mac will tell you that you’re already running OS X 10.10.

FROM EARLIER: You can download and install OS X Yosemite right now!

Of course, anyone who is on 14A388b can manually download Yosemite from the Mac App Store and reinstall it on their computers, and a backup is always advised before you do it. Alternatively, beta users can simply wait for Apple to roll out the first Yosemite update, at which point they’ll make the jump to the next build version along with everyone else.