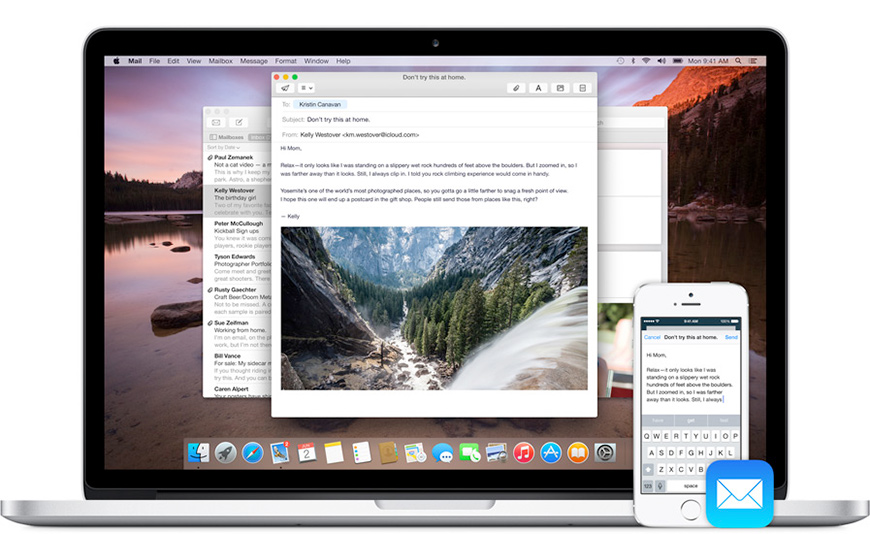 Apple’s new iPads look awesome and the Retina display on those new iMacs is absolutely amazing, but software is the real star of the show this fall and Apple just released its latest and greatest desktop operating system OS X 10.10, which is more affectionately known as Yosemite, packs a slew of new features and enhancements into a completely redesigned user interface that really improves the look of Apple’s already gorgeous computer platform.

And the best part? It’s available to download and install right now.

FROM EARLIER: iPhone 6 Plus vs. Galaxy Note 4: The ultimate camera shootout

OS X Yosemite is packed full of new functionality, the highlights of which are definitely the Continuity and Handoff features that allow users to see notifications from iOS devices, send and receive text messages, make phone calls, exchange files and URLs, and much more.

Want all that great new functionality right now? OS X Yosemite is already available for download in the Mac App Store, so head over to download and install it for free.