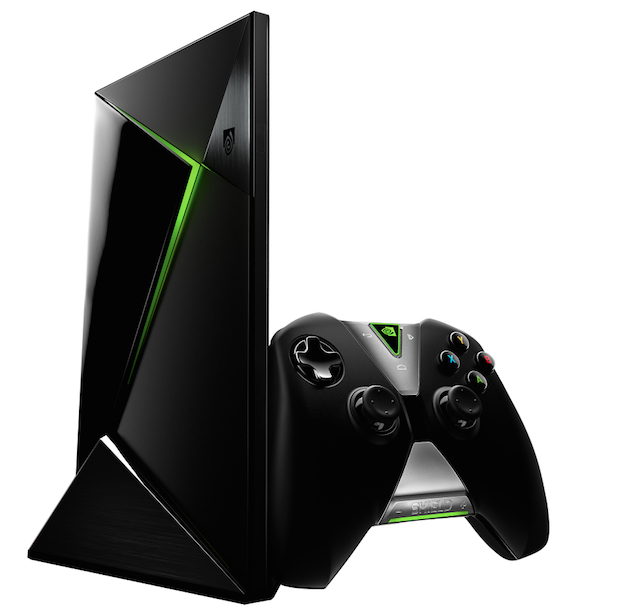 NVIDIA is very serious about gaming on Android devices, and the chipmaker on Wednesday further proved its commitment to this particular space by launching a brand new console under the Shield brand. Unsurprisingly, the device runs Android — Android TV to be more precise — and should be available in stores sooner than you might think.

FROM EARLIER: Nvidia’s most ambitious chip yet will be very hard for the Apple A9 to match

The NVIDIA Shield will offer monster performance, based on the company’s brand-new Tegra X1 processor that was announced in early January. The company says the device will play “top-quality 4K video content” and it will stream cloud-based on-demand games at up to 1080p resolution and 60 frames per second.

The good news is that this computing beast will be available this May for just $199, with the price including one wireless controller.

A video showing the console in all its beauty, and the full press release, follows below.

SHIELD is a sleek device that comes loaded with cutting-edge NVIDIA technologies, including the recently launched NVIDIA® Tegra® X1 processor.

SHIELD is also the gateway to the NVIDIA GRID™ game-streaming service. Powered by GeForce® GTX™ supercomputers in the cloud, GRID delivers an on-demand “Netflix for games” experience at up to 1080p resolution at 60 frames per second.

“SHIELD will change the way we enjoy digital entertainment at home,” said Jen-Hsun Huang, president and CEO of NVIDIA. “It’s an incredibly powerful, efficient and advanced living room entertainment device. It’s the best Android TV experience. And it can transform into a serious gaming machine. It’s made to game.”

Made to Game
SHIELD – sold with the SHIELD controller made for serious gaming – is a single platform with access to a wealth of great games.

First, 50+ Android titles optimized for SHIELD will be available for download, including AAA titles like Crysis 3, Doom 3®: BFG Edition™ and Borderlands: TPS. These can be played at blistering speed, thanks to SHIELD’s Tegra X1 processor, with its 256-core Maxwell™ architecture GPU and 64-bit CPU.

Second, favorite AAA titles, including console games, can be streamed using the GRID on-demand game-streaming service. GRID will include with its subscription price access to 50 titles, such as Batman: Arkham Origins, GRID 2 and Metro: Last Light Redux, with additional titles added each week.

Third, the GRID service can be used to purchase and stream new release AAA titles – including Batman: Arkham Knight and The Witcher 3: Wild Hunt coming later this year.

Broad Developer Support
Some of the world’s leading game developers and publishers have embraced SHIELD and the GRID service.

“The incredible processing power of Tegra X1 enables us to bring Doom 3: BFG to Android and we’re excited by the possibilities that GRID is bringing to gaming.”
– Tim Willits, studio director, id Software

“Tegra X1’s enormous processing capabilities running on Android TV gives us access to a much broader audience, and we’re delighted to partner with NVIDIA to explore a variety of exciting possibilities for SHIELD, including the remastering of the survival horror classic, Resident Evil 5.”
– Jun Takeuchi, managing corporate officer, CAPCOM

Pricing and Availability
SHIELD will be available in May, starting at $199 with a controller. Optional accessories include additional controllers, a remote control and a stand enabling the device to stand vertically.

SHIELD is the central member of the SHIELD family of devices, complementing the SHIELD tablet, the ultimate tablet for gamers; and the SHIELD portable, the ultimate portable gaming device. More information is available at http://shield.nvidia.com.