By Tero Kuittinen
Updated 10 years ago 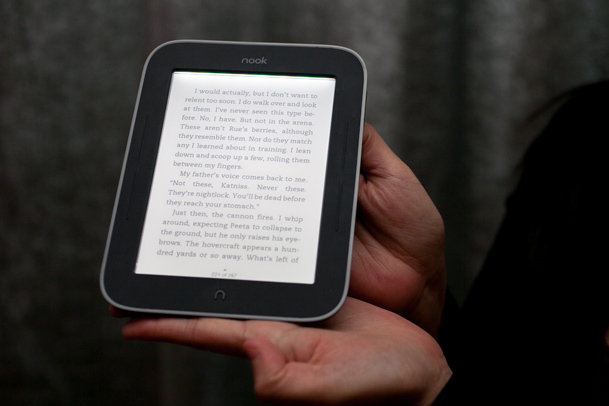 Companies very rarely warn twice in 40 days about the same problem. When it happens, it usually indicates that something so unexpected is taking place that executives just cannot wrap their minds around it. One example is HTC’s (2498) string of warnings last winter when its Android success story suddenly unraveled. Another is Barnes & Noble (BKS) and its Nook warnings on January 2nd and February 13th.

The January 2nd warning was stiff — it said that Nook revenue would likely decline by 12% from the previous Christmas period. You would think that when a company sees a debacle like that, its full-year estimates would be extremely cautious.

Yet in January, Barnes & Noble still believed Nook Media would match the previous year’s $3 billion in revenue during fiscal 2013.

On February 13th, a little more than a month later, B&N came out and said that Nook sales will be lower than $3 billion. This is very strange. The fiscal year ends soon — how is it possible that B&N did not know that Nook sales would miss the $3 billion mark after the crucial Christmas season tanked so badly? Has the Nook sales decline steepened so much in just one month from the already grim -12% pace?

The contrast between star-crossed Nook and Amazon’s (AMZN) Kindle could not be greater. The Nook is tightly tied to North America while Amazon is just coming off a triumphant expansion period in Europe. Several UK retail chains including Carphone Warehouse and Argo recently reported surprisingly strong Christmas sales, and they actually cited Kindle as a key driver. Amazon does not break down Kindle sales volume, but its eBook sales growth during the Christmas 2012 was torrid.

The depressing thing about the Nook’s double-digit revenue decline is that it includes both hardware and eBooks. Even assuming a steep Nook device sales decline during the Christmas period, you would think that the cumulative eBook and tablet user base over the past year would have resulted in increased year-on-year content sales that would soften the revenue erosion.

The international momentum Amazon has gained over the past six months is only going to tighten the screws on Barnes & Noble in 2013. It is hard to see how the Nook’s revenue decline is going to be reversed in 2013. And it’s very hard to see why any new consumer who researches his or her purchase for even five minutes would now take the betamax risk of buying a Nook.[bgr-post-bug]