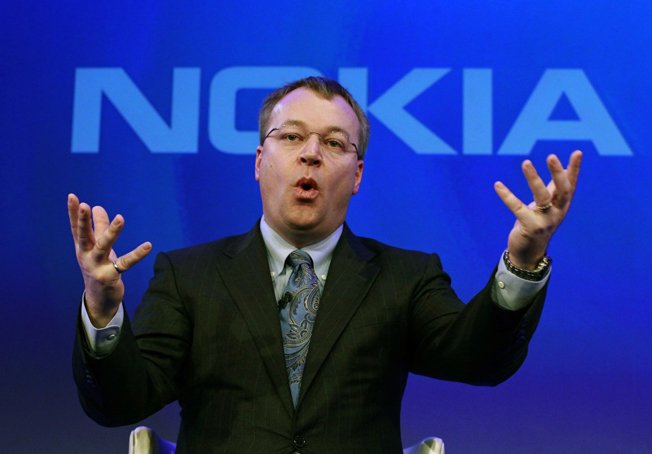 According to the early Wednesday morning edition of Finland’s biggest newspaper Helsingin Sanomat, Nokia has pleaded with former CEO Stephen Elop to accept a smaller bonus in order to silence the roar of disapproval and protest now roiling Finland. Drama in Nokia’s home country escalated on Tuesday as it was revealed that Risto Siilasmaa, Nokiia’s chairman of the board, had misrepresented facts last weeks when he claimed that Elop’s bonus arrangements were similar to those of previous chief executives. Nokia was forced to admit on Tuesday morning that Elop had in fact received a contract that seemed to have been designed to guarantee a quick $25 million pay-off if Elop was able to sell the handset unit. According to Helsingin Sanomat, Nokia is now scrambling to contain the public relations damage the ongoing drama is causing. Asking Elop to accept a smaller bonus might silence some of the critics — on Tuesday, the head of Finland’s Equity Investor Association called Siilasmaa’s mistaken claims about Elop’s bonus package “unforgivable.”

Tuesday night’s big drama in Finnish media circles is being driven by the Helsingin Sanomat scoop that Elop is resisting Nokia’s pleas to reduce his bonus because he is getting divorced. Apparently Mr. Elop believes he cannot make his wife accept a reduction in the $25 million severance package. It is safe to say Finland has never witnessed melodrama like this when it comes to the best known company in the country.

Finnish media has traditionally treated Nokia with kid gloves, not really going out of its way to investigate the board’s actions. It seems that Nokia has been caught off guard by the new aggression of several leading Finnish news organizations.

One pivotal moment was perhaps Siilasmaa’s claim on Friday that Elop’s contract was “essentially the same” as the contracts of the previous CEOs. A few years ago, journalists might have taken that at face value. But this week, Helsingin Sanomat started going through SEC filings and discovered that Elop’s contract was nothing like the previous ones — it had, in fact, been radically revised to include a massive accelerated pay-out that was triggered by the upcoming handset unit sale to Microsoft.

Something has changed in Finland. And it now seems possible we might one day find out the real story about Elop’s hiring and the machinations around his contract.