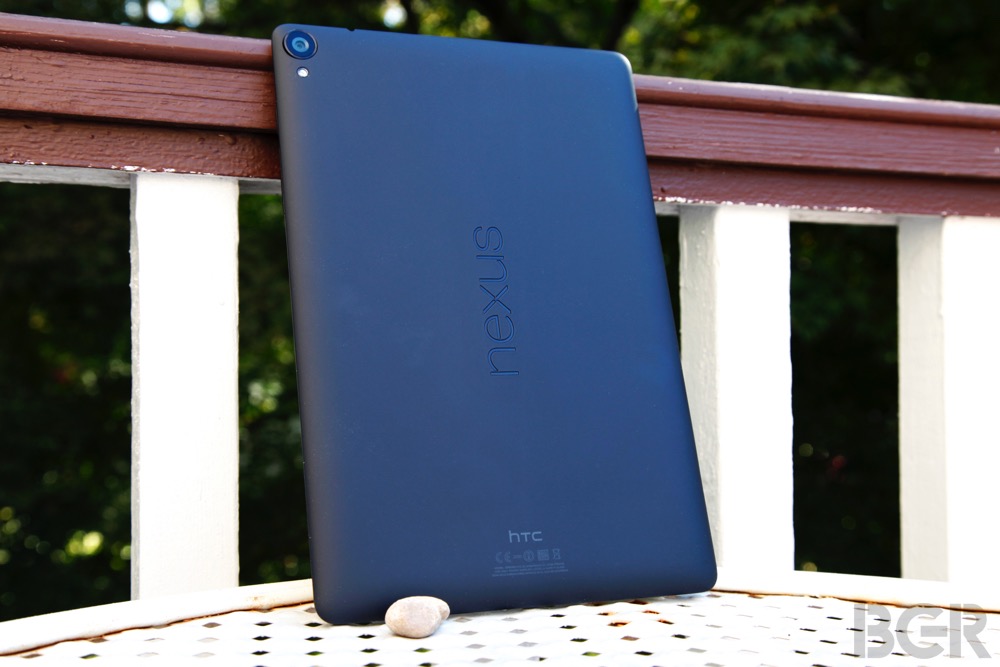 Breathe easy, Apple: Your high-end devices aren’t the only ones that are coming under heavy scrutiny. Ars Technica’s Ron Amadeo has posted a GIF on his Google+ page that shows how the rear shell of the new HTC-manufactured Nexus 9 can be easily dented in the middle with minimal pressure applied.

On his Google+ page, Amadeo subtly mocks the tablet for supposedly sporting a “premium” design and yet having a rear shell that can be indented with so little effort.

The good news, if you want to call it that, is that it seems the soft-touch plastic on the device’s rear shell will pop back into place just as quickly as it gets pushed in. The problem with bent iPhone 6 Plus models is that they don’t easily bend back into shape since aluminum doesn’t revert to its regular form as easily as plastic does.

Even so, we can’t so this is the most impressive design on Google and HTC’s part, especially since HTC has impressed us with the quality of its smartphone builds so much in the past. We doubt that this flaw will get the level of attention that “Bendgate” did for Apple — mostly because not nearly as many people will buy the device — but it’s something to consider if you’re thinking about shelling out money for it all the same.