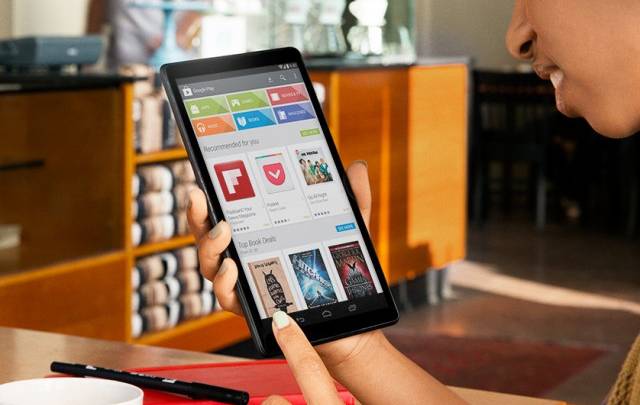 Various reports have indicated that Google may be discontinuing the Nexus 7 tablet line this year, in favor of a new 8-inch Nexus 8 tablet that could be launched alongside Android 4.5 at some point this summer. While this device and its launch are far from being confirmed by Google, AndroidPit speculates that the summer launch may have something to do with Intel’s release plans for a new mobile processor, suggesting that Google and Intel may partner up for this particular Nexus device.

Intel at MWC 2014 unveiled a 64-bit quad-core Atom “Moorefield” processor that could be used in the very near future, in smartphones and tablets “expected to be available in the second half of the year.” The Moorefield processors may go up to 2.3GHz, and would feature “an enhanced GPU and support for faster memory,” as well as support for Intel’s own 2014 LTE platform that would be able to deliver LTE-Advanced data speeds.

When it comes to graphics power, the Nexus 8 may ship with a PowerVR G6430 GPU if indeed the Moorefield chip will be chosen for the tablet, AndroidPit says. The PowerVR Series 6 card is apparently 20 times faster than Series 5 models and five times more efficient, according to TuttoAndroid.

Also at MWC, Intel announced “multiyear agreements with Lenovo, Asus, Dell and Foxconn,” to “to expand the availability of tablets and smartphones with Intel Atom processors and communication platforms.” Two of these companies are rumored to partner with Google for new Nexus devices including Asus – the maker of the first two Nexus 7 tablet – and Lenovo. HTC has also been named as a potential maker of a high-end Nexus tablet this year.

From a different point of view, Google and Intel may be at odds with each other when it comes to dual booting Android/Windows devices. Recent reports suggest that Google is trying to block Asus from launching such devices, which would benefit Intel in case more OEMs would create such devices. However, just like these new Nexus 8 speculations, these dual-booting reports are yet to be verified.