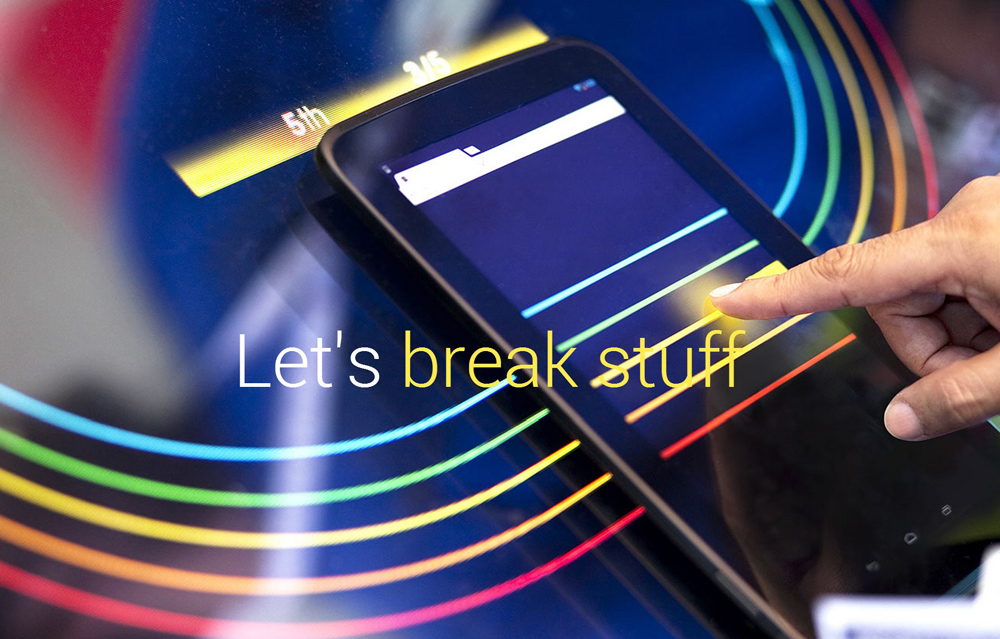 As noted by a number of Android fan blogs on Monday, Google has updated its I/O conference website with a peculiar new image. In the photo, a person is tapping on a tablet that doesn’t quite look like anything we’ve seen to date.

The shape of the tablet and the placement of some buttons indeed looks like the Nexus 10 tablet, as some blogs have noticed, but the device appears to be a bit smaller than the 10-inch Nexus and the bezels on the sides of the tablet are nowhere near as wide as they are on the Nexus 10.

Did Google’s art department intentionally manipulate a photo of the Nexus 10 so that it looks like a different device? Is this the Nexus 8 that Google is rumored by some to be planning to reveal at Google I/O on June 25th?

No one knows for sure right now, but we only have a few short weeks left until we find out.