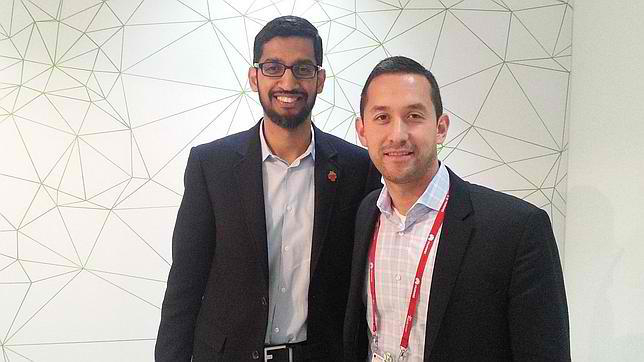 In addition to going on the record to say that Google had never entered a bidding war with Facebook for acquiring the WhatsApp messaging application, Google’s Sundar Pichai addressed several other matters when talking to journalists at MWC 2014, Frandroid reports. The executive also talked about the newly launched Nokia X, and even answered questions about the future Nexus 6 and Galaxy S6 handsets.

Pichai said that the forked Android OS running on the Nokia X family of handsets is further proof that Android is indeed open, and that’s not a Google lie. However, he did say that Microsoft’s mobile strategy isn’t clear to him.

More interestingly, without confirming actual launch details for the next Nexus smartphone, he did say that such a phone will not hit stores in the first half of the year, hinting the device may be launched in the second half of the year. The Nexus 4 and Nexus 5 were launched in late 2012 and 2013, respectively, which means a Nexus 6 could also be launched around the same time.

He also addressed concerns regarding the Google-Samsung relationship, revealing that Samsung’s Galaxy S6 will still run Android, and that the relationship between the two giants is actually more boring than detailed in the press. According to Pichai, there is no tension between the two companies, and they’re always collaborating on projects. The exec also added that he would have preferred the new Samsung wearables to use Android instead of Tizen, saying that Gear 2 is just another product among hundreds of others.

Pichai also talked about Android malware with journalists, saying that he understands why hackers target the OS. In case he would have a malware-running business, he’d also target Android because it’s the most popular mobile OS out there, he added smiling. Curiously though, he also apparently said that Android was designed to be open, not safe, even though Google in recent years has taken additional steps to improve Android security.