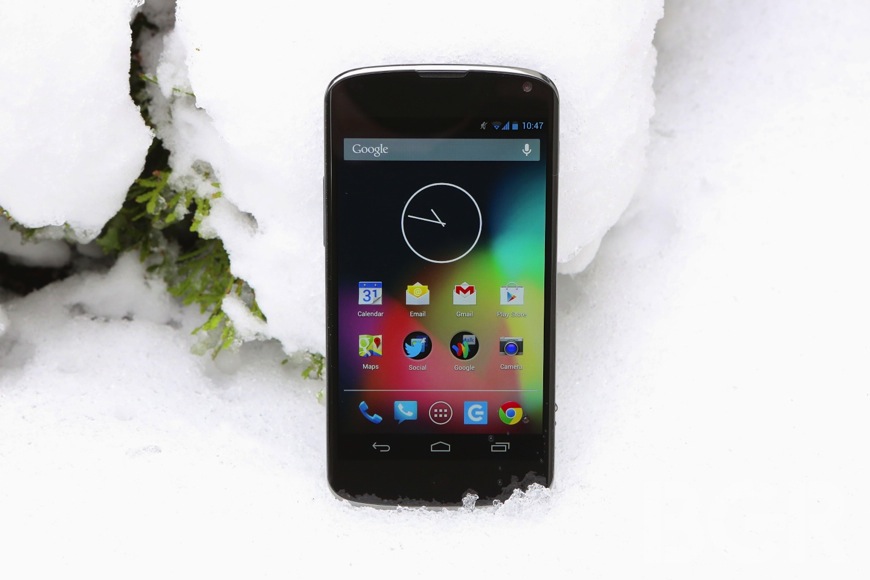 For Android fans looking for a solid phone and who don’t care about having cutting-edge specs or fast data speeds, the Nexus 4 is now unquestionably the best option out there. Google on Tuesday night slashed the price of its 8GB Nexus 4 by 33% to $199 without any subsidies or contract required. In other words, you can now buy a Nexus 4 with no contract for the same price as an iPhone 5, Galaxy S4 or HTC One with a two-year contract. Google’s 16GB Nexus 4 also received a substantial price cut from $349 to $249. The Nexus 4 features solid specs that include a 4.7-inch WXGA display (320 ppi), a Snapdragon S4 Pro processor, an 8-megapixel camera, 2GB of RAM, a microSD slot, a 2,100 mAh battery and stock Android 4.3 Jelly Bean.