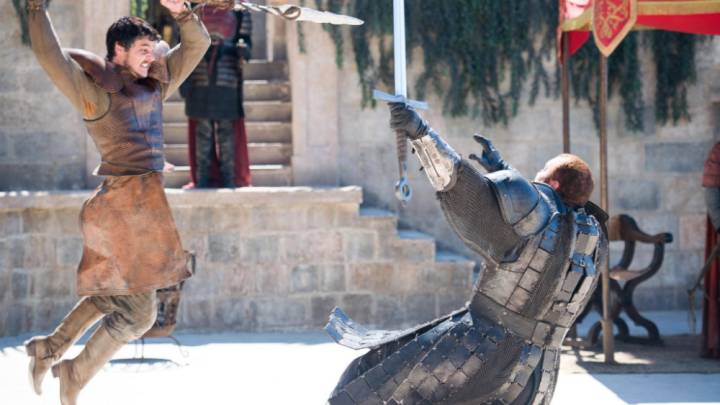 Luckily for us, life on Earth isn’t governed by Game of Thrones-style laws anymore, but some people still think otherwise. One Staten Island lawyer has gone ahead and asked for a trial by combat in a lawsuit in which he and his firm happen to be co-defendants. This isn’t a joke, it really happened.

Richard A. Luthmann filed documentation with a New York trial court to explain his reasoning, The Washington Post reports.

Luthmann went ahead and explained the history of trial by combat in eight of the 17 pages of the brief, telling the court that it was introduced in common law of the Kingdom of England following the Norman Conquest. The law remained in use for the duration of High and Late Middle Ages, he noted.

He then said that in 1774, “as part of the legislative response to the Boston Tea Party, Parliament considered a bill which would have abolished appeals of murder and trials by battle in the American colonies.” The bill was opposed by Member of Parliament John Dunning, “who called the appeal of murder ‘that great pillar of the Constitution.’”

Furthermore, Luthmann also said that the Ninth Amendment preserved the right to trial by combat as one of the rights that were “retained by the people.”

You can see Luthmann entire document, which contains many other hilarious passages, at the source link. From the looks of it, Luthmann’s firm doesn’t think too much of the Plaintiffs and this complex trial by combat request is actually just his way of asking for the complaint to be dismissed.