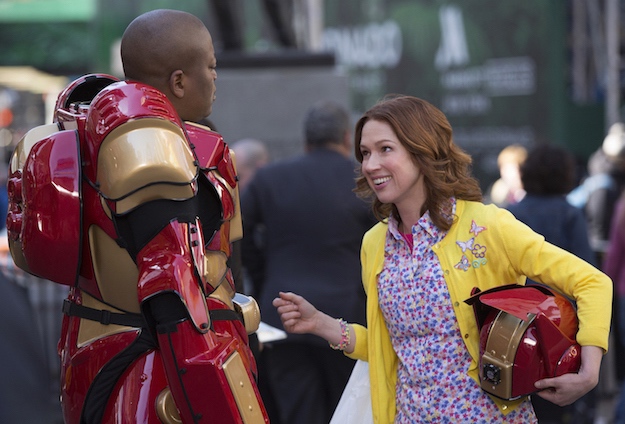 Netflix arguably ushered in the phrase “binge watching”, a term which refers to when one plops down and watches a few episodes of a TV show in quick succession. And given the unprecedented level of TV quality these days, it’s not unheard of for fans to binge watch entire seasons of certain shows over the course of one weekend.

Netflix in recent years has successfully differentiated itself from other streaming services by developing its own programming. From House of Cards to Orange is the New Black, Netflix has seemingly perfected the art of not only producing incredible TV shows, but producing shows that are exceptionally binge worthy.

RELATED: 5 free apps every Netflix user needs to know about

Most recently, Netflix premiered a new show titled Bloodline. Created by the same trio who developed Damages, Bloodline is a dark thriller that has already received rave reviews.

But what goes into creating a show for Netflix? And what type of ingredients are added to make such shows more binge worthy than most?

To answer that question, Bloodline creators Todd A. Kessler, Daniel Zelman, and Glenn Kessler all sat down with Quartz where they detailed the many reasons why developing a show for Netflix differs from developing a show for conventional TV. In doing so, they also touch on why Netflix original series tend to be more binge-able than your standard TV drama.

Because there is less pressure for each episode of a Netflix series to stand on its own, “it allowed us to say, we’re going to approach the first three episodes as the first act of our story,” Todd Kessler told Quartz. “Episodes 4, 5, 6 and 7 is the second act of our story, and then 8 through 13 is the third act. So we’re feeling more like, we’re taking advantage of this storytelling medium, meaning you can watch multiple episodes, you can watch the whole first act at once, which is very different than a network or a cable show, unless you watch it after it’s already aired. And so for us, that desire is, we can go deeper, and hopefully create a stronger bond between the audience and the characters.”

Indeed, because episodes of Netflix original series are released all at once, there’s much less pressure for early episodes to overload viewers with plot twists and characters. Rather, these shows can take a more measured and methodical approach to both plot and character development. This only serves to strengthen the emotional ties and investment viewers have with characters. Everything is more fleshed out and viewers, as a result, are more engaged and more inclined to watch one episode after another.

“As opposed to feeling like, oh, in the first three episodes we have to get it all done. It’s like, no, we can take our time, and approach it as you would in a feature,” Kessler added.

Another interesting tidbit the Bloodline creators divulged is that creating a Netflix original series releases them from the constraint of having to remind viewers of who’s who and what’s going on. As opposed to a network show where someone is liable to start tuning in mid-season, it’s a safe assumption that Netflix shows are watched from the beginning episodes all the way through. This enables writers to focus on the story as opposed to having to remind viewers what they’ve already missed or creating a show where each episode can stand alone as its own creation, a la NBC’s Blacklist. This makes for better storytelling and, as a result, more engaged viewers.

Kessler further explained that an engaged audience opens up many more doors for the writing staff.

To know that an audience is engaged, to know that you can tell densely sophisticated story and character nuance and story nuance, and that people are hungry to absorb as much of what they’re seeing as they can,” says Glenn Kessler, “and knowing that there’s a level of engagement between episodes and that there’s a retention about what they’re seeing, it feels like everyone is firing on all cylinders now, both from a storytelling point of view, and even from an audience point of view.

And thus far, the proof is in the pudding; Netflix’s stable of original series have won innumerable awards and the company has plans to produce many more in the coming years. Just two weeks ago, Netflix released the Tina Fey produced comedy, Unbreakable Kimmy Schmidt. Starring Ellie Kemper, previously of The Office, the show already has a devoted following and, in my opinion, is as funny as anything you’ll see on network or cable TV today.

Some other Netflix original series you might want to keep an eye out for in the coming months include Wet Hot American Summer, Narcos, and Grace and Frankie.

The trio’s full interview in Quartz is definitely worth checking out in its entirety for anyone interested in behind the scenes look at how Netflix shows are developed.