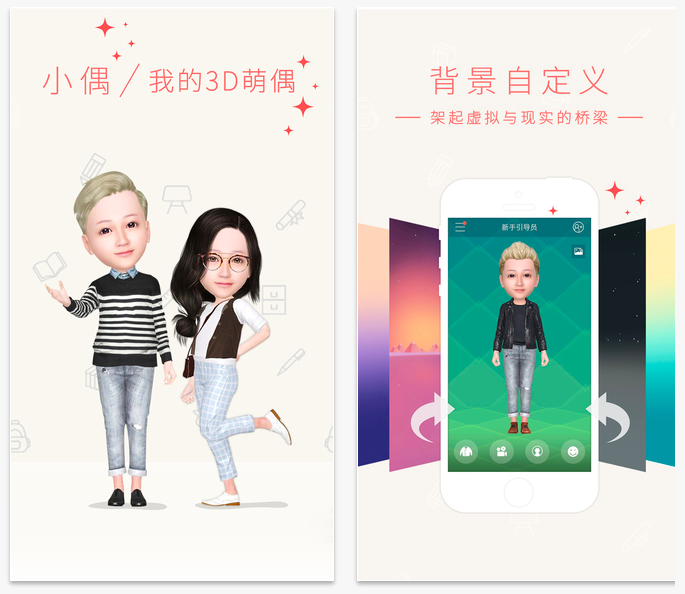 Every month or so, an app comes along that captures the imagination of the Internet. We saw it with Words with Friends, Draw Something and Flappy Bird, but nothing had caused quite as big a stir as any of those apps in a while.

At least, that was the case until everyone stumbled across the free Chinese app My Idol earlier this week.

My Idol is an app that turns your selfies into digital avatars — avatars which you can dress up and force to perform a variety of strange tasks. The most common (and most eerie) is, of course, the pole dance, which is probably what you’ve seen all over your Twitter feed for the past few hours. You can also stick them on motorcycles, make them sing or have them lift weights.

The app is available on the U.S. App Store, but it’s entirely in Chinese. The developer is working as quickly as possible to bring an English-language version of the app to market (before the viral hit inevitably fades away), but in the meantime, this “guide for non-Chinese users” should tell you everything you need to know to get started.

Once you’ve got an idea of how to work the app, you can create something as horrific as this: