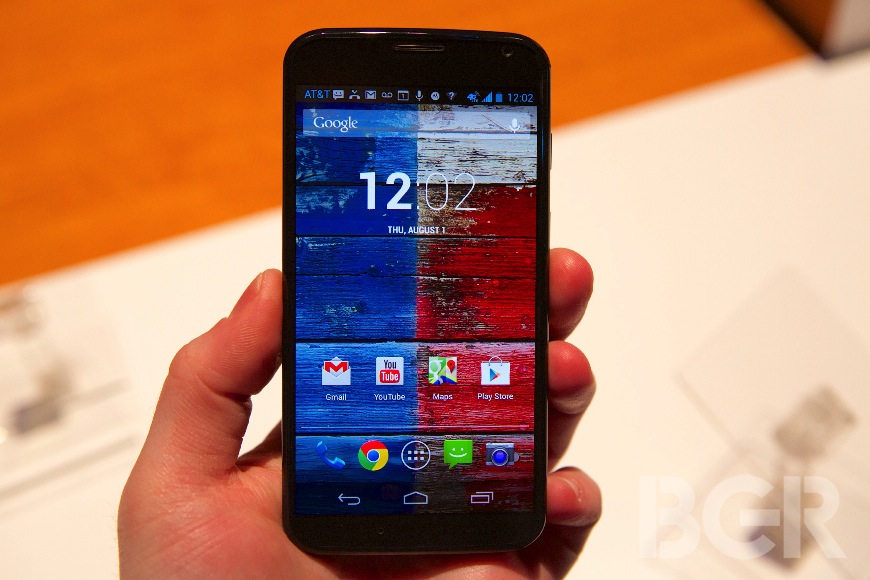 Google and Motorola are apparently indeed working together on a Nexus 6 smartphone, a phablet of gigantic proportions unlike anything Motorola has done while under Google. Following a recent report from Android Police, which has obtained details about the Motorola “Shamu” Nexus 6, The Information said that it has been able to independently verify the device, adding that Google’s rumored Android Silver line of premium devices may be delayed.

“Motorola is also getting a boost from working on an undisclosed phone-tablet project with Google—the type of initiative which, ironically, it could not pursue as a Google subsidiary due to concerns about favoring the house-owned Android vendor over others,” the publication wrote.

“After Lenovo agreed to buy Motorola, Google’s Android unit began working with Motorola to develop a co-branded ‘Nexus’ phone that’s considered to be a ‘phablet,’ or phone-tablet, because of its large screen size, according to three people with knowledge of the matter.”

Google may be interested in adding several Moto X features, including Active Display and Touchless Control, to a future Nexus device, although the Shamu’s features are yet to be confirmed.

As for Silver, it looks like Google wanted to indeed kill the Nexus program, as previously rumored, and an LG Nexus phone was apparently scrapped. But the Android Silver program was headed by Google Chief Business Office Nikesh Arora, who is on his way out of the company, so Google might reconsider it entirely.

“Some in [Arora’s] camp wanted Silver to supersede the Nexus phone program. But with Mr. Arora’s absence, there are questions about how much firepower Google will give to the Silver program,” the publication wrote.