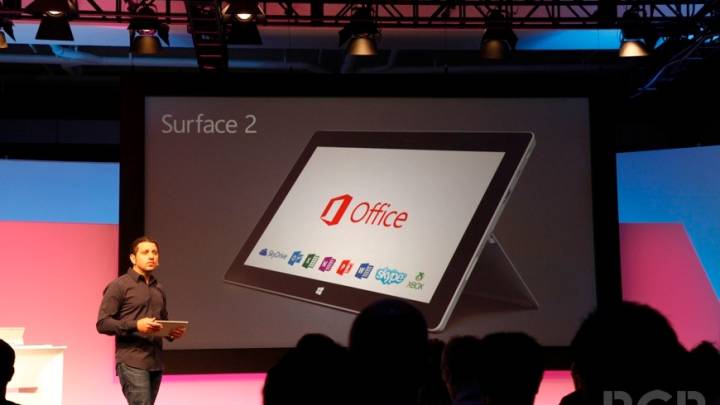 “Tools, not toys! Tools, not toys!” Does this refrain sound familiar? It’s the same tune that BlackBerry executives whistled in the dark as they insisted that people didn’t really want iPhones and Android smartphones because those devices weren’t secure and couldn’t help people do “real work” as BlackBerry devices did. We all know how well this has turned out: It seems that most people did actually want iPhones and Galaxy smartphones after all, no matter how often BlackBerry and its fans derided those devices a mere “toys.”

I mention this because I see Microsoft is making the same kind of mistake with the launch of its Surface 2 tablet. At Microsoft’s big press event for the Surface 2 and the Surface Pro 2 on Monday, Surface product manager Panos Panay said that Microsoft’s goal with the Surface has been “to create a product that people can buy and get away from just consumption” and thus help people “get away from their iPad or tablet and be more productive.”

To this end, Microsoft kept emphasizing all the ways that its Surface models are tools and not toys: They come preloaded with the full Microsoft Office suite, they give you 200GB of free SkyDrive space to store all your exciting PowerPoint presentations and Excel spreadsheets, and they have USB 3.0 ports and other PC-like goodies that should warm the hearts of CIOs across the world.

There’s just one problem with this emphasis on productivity: Most people use tablets to get away from their work computers and relax. A recent Gartner survey found that tablet users spend half of their time using their devices for entertainment purposes, 26% of their time communicating through email and social media websites and just 15% of their time doing “productive” activities like the ones Microsoft is promoting with its Surface models.

Don’t get me wrong — there is a place for a productivity-centered tablet such as the Surface Pro that’s effectively a replacement for the traditional laptop. But in making productivity the centerpiece of its marketing push for both the Surface Pro and the consumer-targeted Surface 2, Microsoft is coming across like the obnoxious parents who hand out raisins on Halloween because they want to make sure the neighborhood kids don’t miss out on their daily nutrients.

“Now don’t have too much fun with that tablet, Johnny!” Microsoft seems to be saying. “Be sure you keep Outlook open while you play Angry Birds! Wouldn’t want to miss any important messages!”

My advice for Microsoft here is this: Don’t be afraid to make at least one tablet model that’s an unabashed toy. The company already makes a terrific toy with its Xbox console, which I now use not just for gaming but as my main interface for watching Netflix and Hulu in my living room. The Xbox is terrific because it has a very simple and intuitive user interface, it performs a lot of different tasks well and, most importantly, it’s not trying to double as a productivity tool.

Microsoft CEO Steve Ballmer has said that his company doesn’t want to become an enterprise-only operation because the consumer and enterprise markets are now so tightly intertwined. But if he wants his tablets to make headway with consumers, he should have a talk with his Xbox team about how to make them more appealing to people who don’t want to punch data into a spread sheet while watching the latest Game of Thrones episode.