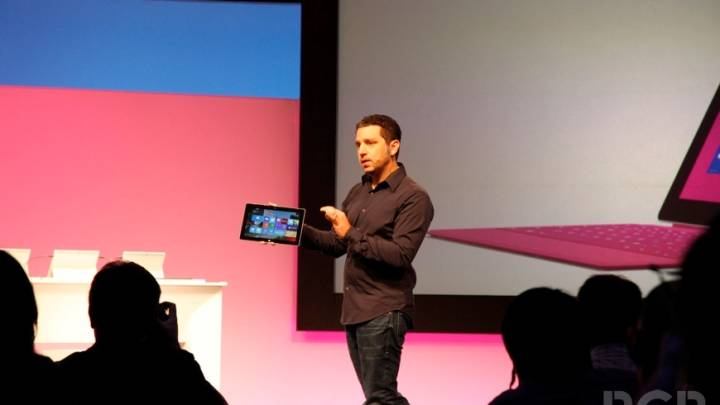 So Microsoft unveiled its Surface 2 tablet on Monday and there were absolutely no big surprises. The device features a 10.6-inch 1080p full-HD display, a Tegra 4 processor, a USB 3.0 port, a 25% improvement in battery life and a redesigned kickstand. The device is priced at $50 less than the original Surface RT at $449 but overall this is basically the Surface RT with better specs and a presumably improved Windows RT 8.1 operating system. It goes without saying that this will once again not end well for Microsoft.

Microsoft has done virtually nothing to add consumer appeal to the Surface 2. Throughout its presentation on Monday the company kept stressing that the Surface 2 was a tablet for people who want to be “productive,” and emphasized that it came with the full Microsoft Office Suite and 200GB of free SkyDrive space. All of which sounds nice on paper, but is it really what people want when they buy a tablet?

Let’s put it this way: Microsoft Office is terrific productivity software but most people who need it get access to it through their work laptop. People who need to use Office at home can do so by bringing their laptop home with them. What they will not do, however, is spend $450 on a tablet for their own personal use just because it comes with Office. In fact, they are probably buying a tablet for their own personal use as a way to escape Office and other work-related productivity software.

The Surface 2’s other problem is Windows RT itself. If the first Surface RT had been a hit, it would have given Windows OEMs an incentive to build devices based on Microsoft’s tablet-centric platform, which would in turn have given app developers incentive to make apps for it. Instead the opposite happened: The Surface RT was a commercial flop, OEMs fled from Windows RT and app developers are less than enthusiastic about making apps for it.

Simply making hardware upgrades and implementing very small a price cut to the Surface 2 would have been an acceptable strategy if the original Surface RT had been even a modest hit. But it wasn’t a modest hit: It was a massive bomb that forced Microsoft to write off $900 million. Let’s hope that Microsoft at least has the good sense this time to project sales more modestly so it doesn’t once again end up with millions of Surface tablets gathering dust in a warehouse.