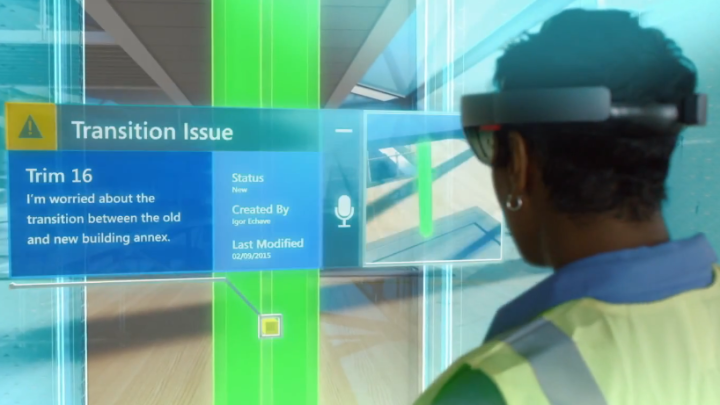 Anyone who thinks that Microsoft can’t innovate anymore hasn’t seen HoloLens, the virtual reality headset that has incredible promise as a tool to help people collaborate on projects when they aren’t even in the same room. To demonstrate HoloLens’s potential, Microsoft has posted a new video showing how the HoloLens works running an application designed by Trimble to help architects and engineers collaborate and visualize their projects through incredible 3D holograms.

FROM EARLIER: Hell freezes over: Android and iOS apps are coming to Windows 10

Essentially, the video shows how you can use gesture controls in HoloLens to view and manipulate 3D models of buildings to adjust their designs and make structural changes. It also lets you see your building design from a street level at multiple angles to give you an idea of what it will actually look like out in the real world.

The headset also lets users collaborate with one another regardless of where they’re located, so if you’re in Boston and your business partner is in Australia, you’ll both be able to enter the same virtual world and interact with it like you were in the same physical location.

Check out the full video demo of Trimble’s app below as well as a second video showing off the HoloLens’s hardware.