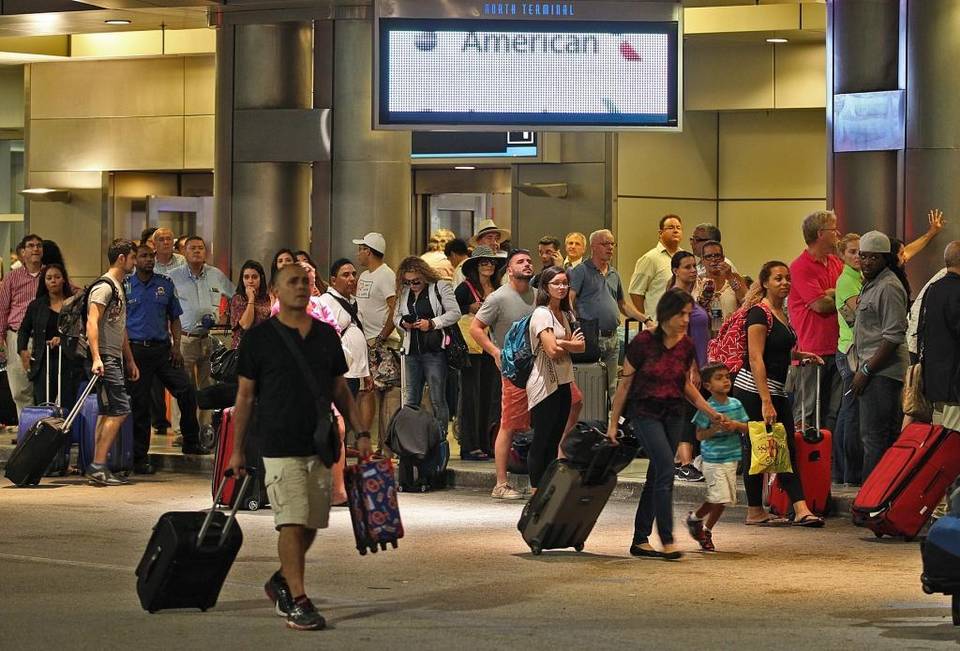 If you’ve ever set foot in an airport, you’ve probably heard the announcement over the intercom about your obligation to report unattended packages. In all likelihood, you’ve never had to do so, but on Monday night, hundreds of passengers were stuck at Miami International Airport as the FBI investigated a suspicious bag.

The Miami Herald reports that 10 gates were affected by the closure of two checkpoints at Concourse D, while a spokesperson informed the New York Daily News that 73 flights were delayed and another nine were diverted.

FBI special agent Michael Leverock sent out an email later that night explaining that after a passenger went through security, “it was later determined that items in his carry-on bag looked suspicious.” The FBI pulled the man aside, questioned him and searched the contents of his bag, but “the items in question were deemed safe/non-hazardous” and he was allowed to move on.

By 8 p.m., everything had apparently returned to normal, but the photos and videos from the airport show a genuinely alarming scene as the authorities attempted to ensure that the area was secure.

Here’s one especially terrifying video taken by a passenger who was forced to evacuate a plane:

And a few more photos of officers securing the airport and confused crowds gathering:

Finally, a local news report to tie the whole thing together: