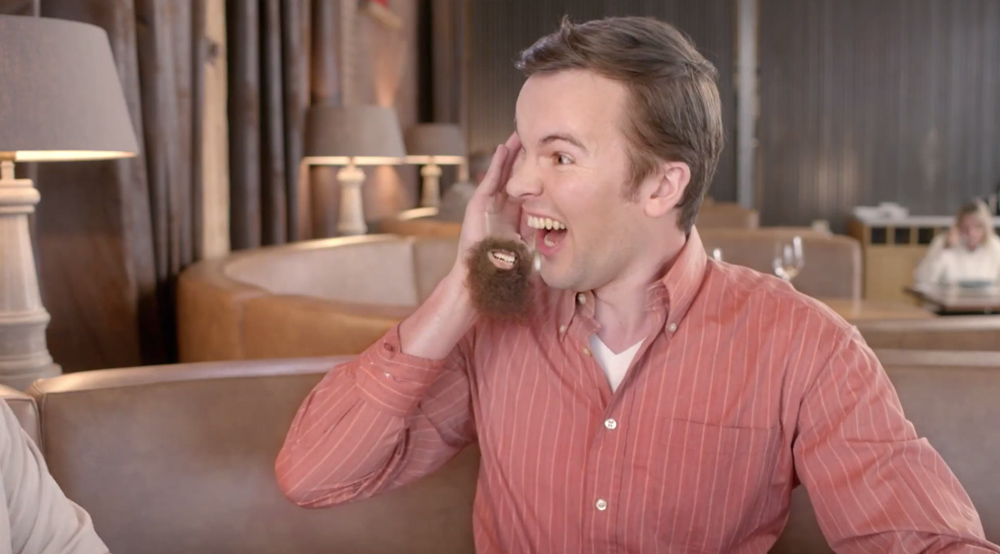 There is no magic formula for selling smartphones, but there are some things that can greatly increase a vendor’s chances of success. Great hardware is a start, well-made software is important, compelling features are a big draw and a fair amount of carrier support is certainly needed. Extensive, creative and interesting marketing that delivers memorable messages is also very high on the list — but there is a line between “good memorable” and “bad memorable,” and we’re pretty sure LG just crossed it.

In a spot released earlier this week titled “The Most Human Phone Ever,” LG sought to promote its curved G Flex smartphone to the people of the Netherlands. In doing so, it created what might very well be the most disturbing smartphone ad of all time.

Actually, we take that back. Nothing will ever be more disturbing than Palm’s 2009 Pre campaign starring an albino mescaline addict.

This new G Flex ad might be a close second, though.

In the spot, it’s “Danny Boy’s” birthday and his friend comes to dinner bearing a unique gift: a new smartphone. When Danny is handed the box, the phone inside is already ringing. He slowly opens the package with an expression of anticipation on his face, but when the camera angle changes to reveal the box’s contents, we see that Danny’s hand has in fact morphed into a horrifying human phone.

Danny’s bearded friend Ben couldn’t make it to the birthday dinner, but by calling Danny on the new G Flex he just received, Danny’s hand grew Ben’s ear, his mouth and most upsettingly, a beard.

LG’s flexible G Flex smartphone features a curved 6-inch AMOLED display with 720p resolution, a quad-core Snapdragon processor, a 13-megapixel camera, 2GB of RAM… and a beard. It is currently available from AT&T, Sprint and T-Mobile.

The full commercial is embedded below. Watch it all the way to the end to see LG somehow manage to take things to an even more disturbing place.

@BGR: It turns out LG doesn’t know how phones work. Mouth to mouth and ear to ear action: http://t.co/RHYeWEtyUO by @zacharye