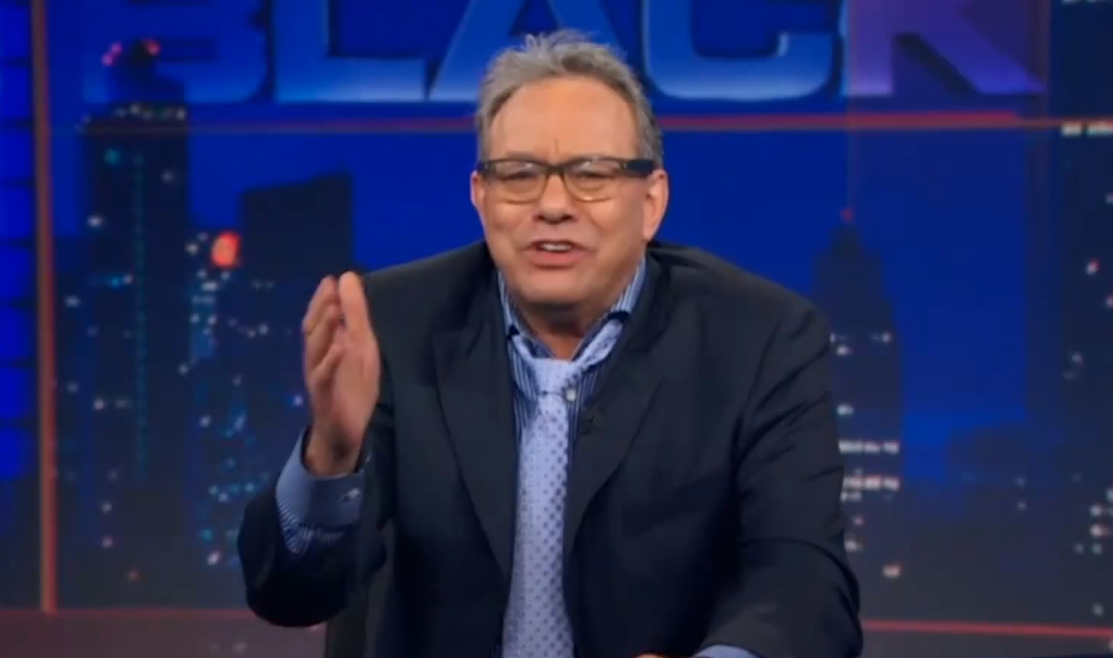 With all the controversy over the NSA’s massive data mining operations, comedian Lewis Black has turned his eye toward two of the most potentially invasive new technologies that are primed to hit the market soon: Google Glass and Microsoft’s new Kinect sensor that can track your facial expressions. On The Daily Show this week, Black ridiculed a Glass promotional video that showed a woman looking at jellyfish in an aquarium who then asked Google to do a search for “jellyfish.”

“Well thanks, glasses, I never would have figured out that I was in the aquarium looking at jellyfish!” Black quipped.

Later, Black mocked a demonstration video of the new Kinect sensor’s capabilities and got particularly riled up when a Microsoft representative said that Kinect can “look at microfluctuations in the blood underneath your skin” and can “zoom into your face to show if you’re neutral or smiling.” Black responded by making an obscene gesture at the camera and told Microsoft that there was “no need to zoom in” because “I’m telling you to f*** off!”

The full video is posted below.