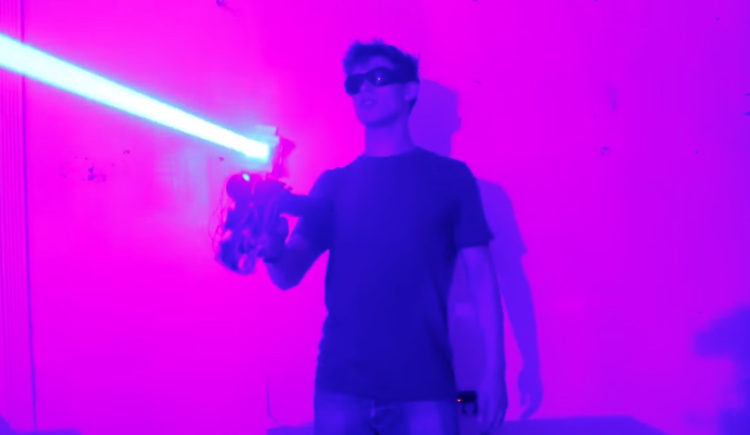 We’re far from having to do battle with alien civilizations in space with help of lasers and force shields, but an intrepid inventor just created a 40W laser shotgun that’s capable of lighting things on fire, and he recorded it the insane contraption in a must-see video.

Posted on YouTube channel “styropyro,” the 40W laser shotgun is able to light up paper, wood and other things, and it’s definitely something you shouldn’t plan on building yourself.

“Just finished building my 40W(!!!) laser shotgun!!!,” styropyro said on YouTube. “The output of this laser is complete insanity, and is made up of 8 parallel 5W laser beams totaling to 40W. The parallel beams are manipulated with lenses, sort of like how a choke modifies the spread of a shotgun blast.”

“The massive diode array is powered by a huge lithium polymer battery pack (capable up dumping 250A) and the laser array is regulated by a whopping 24 LM317 drivers,” he added.

You can see the complete video showing this crazy homemade 40W laser shotgun below.