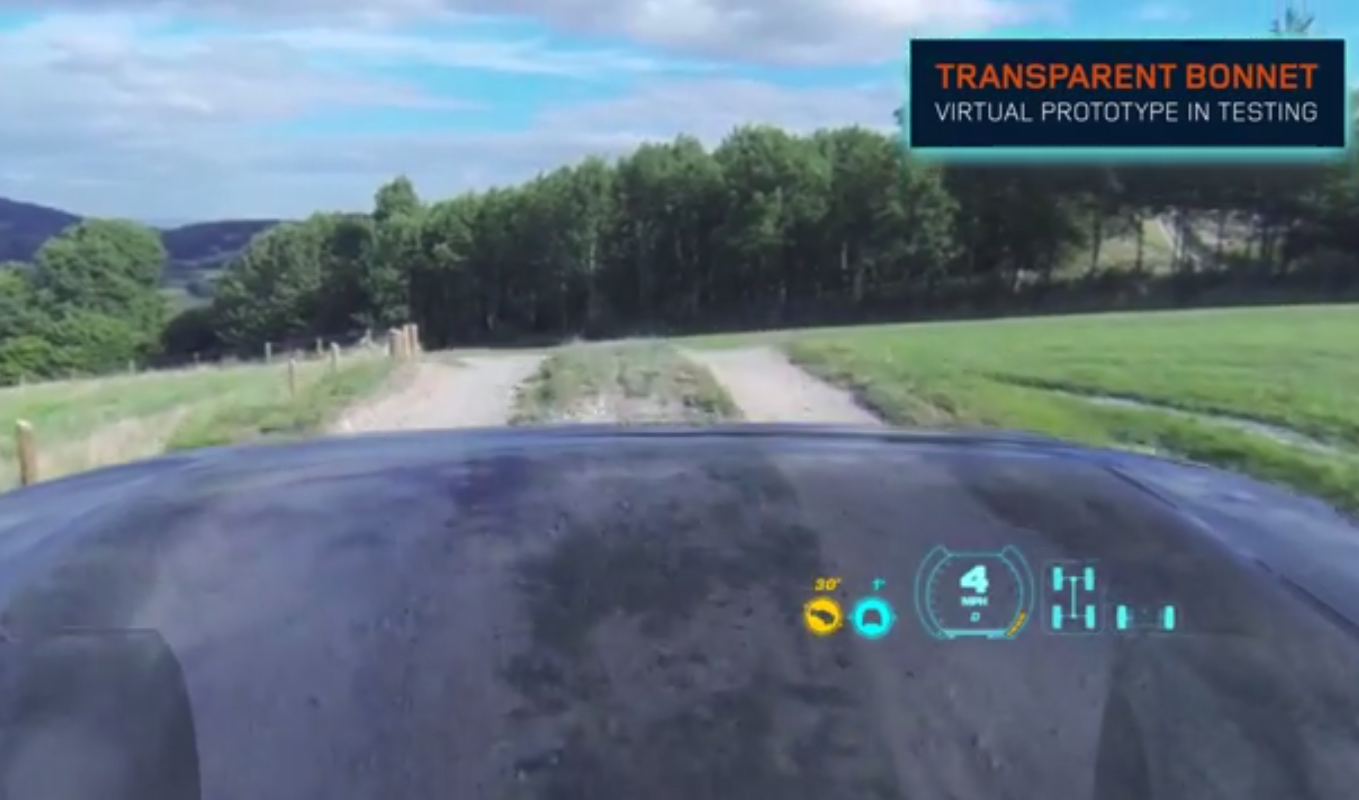 Although cars have definitely gotten safer over the years, they all still have blind spots that prevent you from seeing everything that might be in front, behind or to the side of you. The engineers at Land Rover, however, have come up with a brilliant new solution that could make blind spots a thing of the past. Essentially, Land Rover has hooked up cameras to a vehicle’s grill that then project what they see onto your windshield. This gives you an augmented reality view of what’s actually directly in front of your car and makes it look as though the car’s front hood is transparent.

Land Rover says that “the technology enables a driver climbing a steep incline or maneuvering in a confined space to see an augmented reality view capturing not only the terrain in front of the car but also the angle and position of the front wheels.” While it seems that Land Rover is using this technology only on the front of vehicles for the time being, it’s not hard to imagine it being used all around the car to help you see things that would otherwise be blocked.

Land Rover will give a thorough demonstration of the new technology at the New York Auto Show next week. A video showing the technology at work, as well as Land Rover’s press release on its newest innovation, follow below.

LAND ROVER DEBUTS INVISIBLE CAR TECHNOLOGY– Land Rover reveals Transparent Bonnet virtual imaging concept– New level of driver awareness with a ‘see-through’ augmented reality view of the terrain ahead, making the front of the car ‘virtually’ invisible from inside the cabin– Technology provides full visibility of what is underneath and in front of the car, with total clarity of otherwise hidden obstacles– Transparent Bonnet is part of a suite of new concept technologies to be showcased in Land Rover’s Discovery Vision Concept car at the New York International Motor ShowWhitley, UK, 9th April 2014 – Pioneering technology is being developed to give Land Rover drivers a digital vision of the terrain ahead by making the front of the car ‘virtually’ invisible.Cameras located in the vehicle’s grille capture data used to feed a Head-Up Display, effectively creating a ‘see-through’ view of the terrain through the bonnet and engine bay, breaking new ground in visual driver assistance. The technology, named Transparent Bonnet by its creators, shows how advanced technology will take Land Rover’s unrivalled capability to the next level.The technology enables a driver climbing a steep incline or manoeuvring in a confined space to see an augmented reality view capturing not only the terrain in front of the car but also the angle and position of the front wheels.Dr Wolfgang Epple, Director of Research and Technology for Jaguar Land Rover, said: “We believe the next 25 years will be the most exciting and dynamic the automotive industry has ever experienced. There will be huge strides in environmental innovation, in safety and capability.“As our vehicles become more capable and autonomous off-road, we will ensure the driver has the confidence to allow the car to continue to progress, over any terrain. We are developing new technologies including the Transparent Bonnet to give drivers an augmented view of reality to help them tackle anything from the toughest off-road route to the tight confines of an urban car park.”Opening the doors to Jaguar Land Rover’s advanced research, the Discovery Vision Concept car is a design and technology showcase which will be unveiled in full at the New York International Auto Show on 16th April 2014. The concept demonstrates Land Rover’s design vision for a future family of premium SUVs built on Land Rover’s key principles of emotive design, unrivalled capability and ultimate versatility. From the city to the sand dunes, Land Rover’s new, driver-assisting technology will enable safer, smarter and more enjoyable driving in the SUVs of tomorrow.Follow the excitement on Land Rover’s Facebook, Twitter and Instagram pages and join the conversation using #ReadyToDiscover.