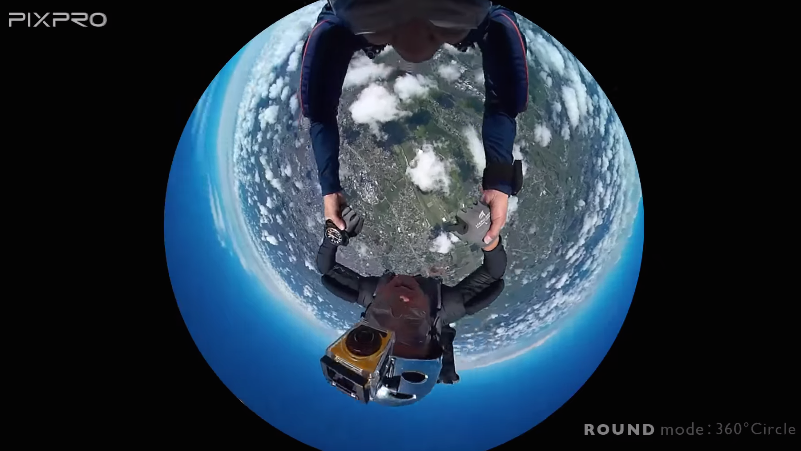 As awesome as GoPro cameras are, we don’t think we’ve ever seen them film anything as spectacular as what we see in a new demo video for Kodak’s new Pixpro SP360 Action Cam. The new camera features a 16-megapixel sensor that has a full viewing range of 360 degrees and lets you film in 1080p video. This 360-degree viewing range is crucial because it allows the camera to be used in several different modes that let you take stunning panoramic videos, including a Ring mode, a Dome mode, a 360-degree Panoramic mode and a Globe mode.

MORE AWESOME VIDEOS: Incredible GoPro video shows what it’s like to hunt from the perspective of a lion

In addition to these features, the SP360 Action Cam also features a motion detection sensor that can “automatically begin recording for those times you don’t want to have to control the action cam manually” and a Time Lapse mode that will let you “share the afternoon your friends missed in just minutes.” The camera can be controlled remotely with either an iOS or Android device once you download the Pixpro Remote Viewer app from the App Store or Google Play.

An incredible video showing off all the SP360 Action Cam’s different modes follows below.