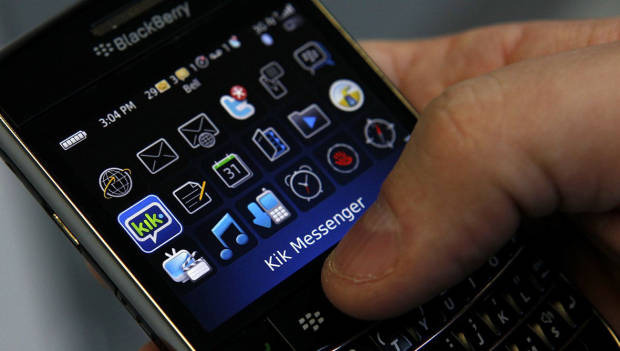 It was tough for BlackBerry Messenger fans to watch cross-platform apps like LINE and Kakaotalk hit hundreds of millions of downloads globally as BBM has stalled at around 60 million users. It was even more rankling to watch WeChat approach the 400 million download mark, and now even Nimbuzz has topped 130 million registered users. But the ultimate humiliation is now here before BBM finally launches for Android and iPhone. Its cross-town rival from the picturesque hamlet of Waterloo has now hit 80 million registered users globally. Waterloo, of course, has a population of 98,780. But BBM is no longer the most important messaging platform created there.

Kik Interactive has just 35 employees, so the customer to employee ratio is none too shabby. “Back then in 2009, [BBM] could have been the mobile messenger, if only they had gone cross-platform,” says Kik founder Ted Livingston in a Financial Post interview, twisting the knife in that immaculately passive-aggressive Canadian manner.

Kik has recently become a top-10 social networking app in markets as diverse as the United States, U.K., Australia, Sweden and Egypt. It has also surged in markets where BBM used to dominate, such as Nigeria and United Arab Emirates.

One imagines there is politely hidden, yet torturous tension at Molly Bloom’s Irish Pub, the classy Waterloo joint favored by BlackBerry’s middle management… and sometimes frequented by Kik engineers who get tired of Crabby Joe’s Tap and Grill.