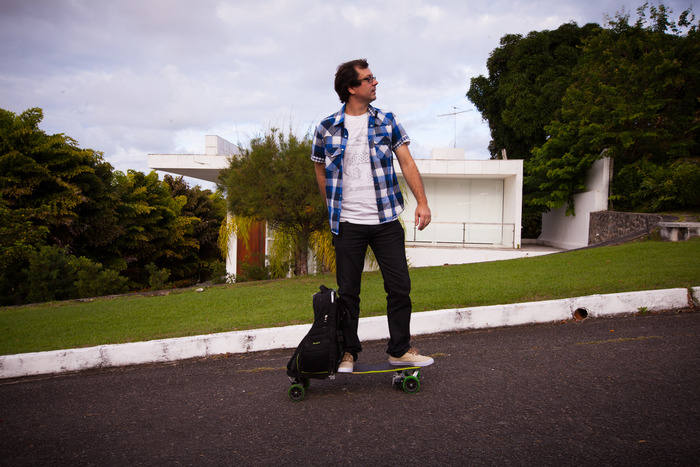 The Movpak, which is currently raising money on Kickstarter, is an interesting two-in-one product that some commuters will love: An electrical skateboard that offers a range of up to 9 miles and a speed of 15mph and a backpack that stores the board while not in use. Thus, the Movpak might just be the personal transportation device you’ve been looking for.

The Movpak isn’t the first electrical skateboard that’s popped up on crowdfunding websites, but considering that it also offers a way of storing the skateboard, as well as plenty of other things you may need during the day, it’s definitely a contraption worth checking out.

The Movpak skateboard/backpack can be controlled with a wireless remote, and its battery can recharge mobile devices on the go, in addition to powering the skateboard. Furthermore, to reach a full charge the Movpak only needs to be plugged in for two hours, which means it should be ready to go again by the end of the work day.

A video showing the Movpak in action follows below.