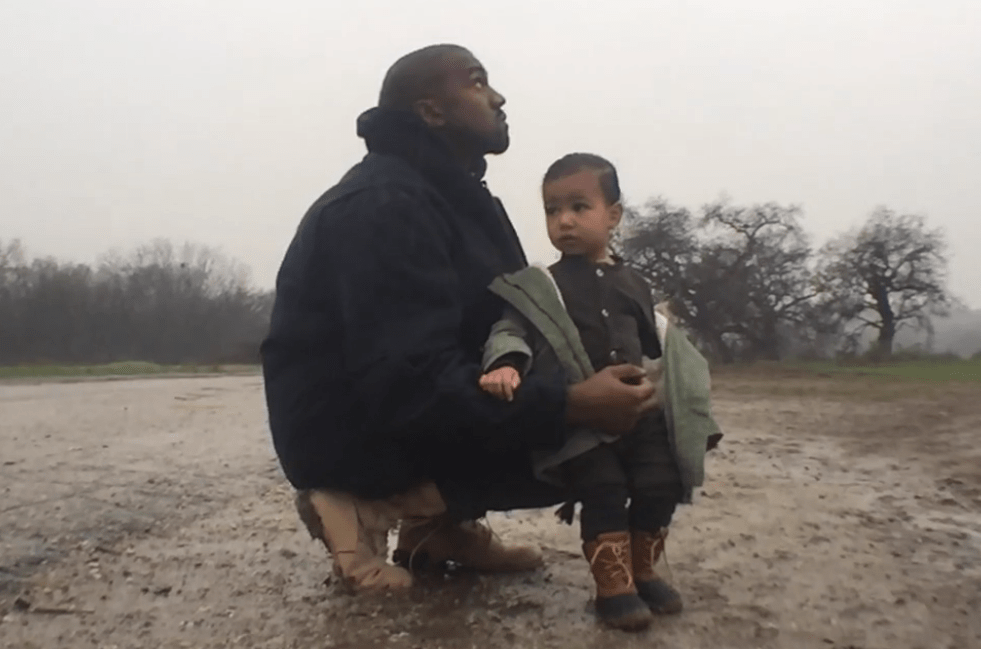 Remember earlier this year when Kanye released a new single “Only One” that he produced with legendary ex-Beatle Paul McCartney? Well he’s now made a video for the tune that’s directed by yet another legend: Director Spike Jonez, who first made his name directing classic music videos by the Beastie Boys, Fatboy Slim and many others.

The video mostly features Kanye running through a foggy rural area and singing to his daughter. In other words, it doesn’t have the visual fireworks of, say, Jonez’s “Weapon of Choice” or “Sabotage” videos.

There’s sadly no embed available so you’ll have to head over to Kanye’s own website to watch it. Go do so right now by clicking the source link below.

And in case you need a reminder of how great Jonez’s ’90s-era videos were, we’ve posted two of them below.