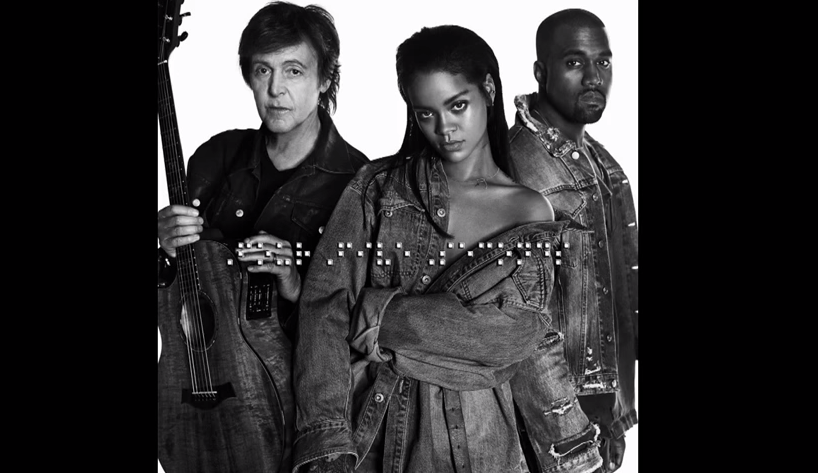 Now this is a song with real cross-generation appeal! Legendary one-time Beatle Paul McCartney has teamed up with Kanye West and Rihanna to deliver a new song called “Four Five Seconds” that features a terrific duet between Rihanna and West with Sir Paul strumming the guitar in the background. The song’s bridge also features some gospel-inflected organ playing as Rihanna sings a confessional about her past mistakes.

RELATED: Kanye West has a stupid theory about why Apple bought Beats

This is actually the second team-up between West and McCartney in recent months, as the pair released the single “Only One” at the start of 2015. This new track is much catchier to our ears, however, and could be a real hit. We’re not sure whether the track is also set to be featured on either Kanye and Rihanna’s upcoming albums or if it’s just a one-off release.