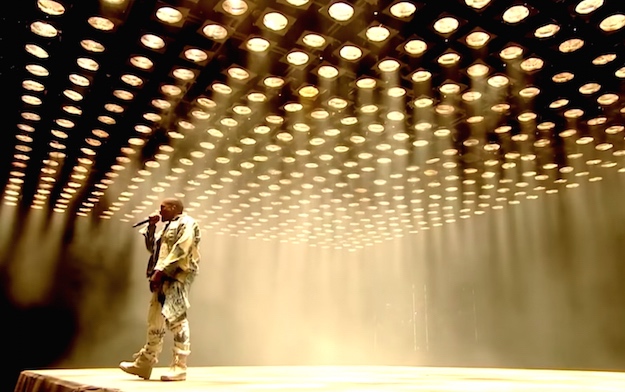 You can say a lot of negative things about Kanye West. He’s egotistical. He has an inflated and borderline-delusional sense of entitlement. And of course, the fact that he married Kim Kardashian only makes it that much easier to poke fun at him.

All the same, even if you happen to be a Kanye hater, there’s simply no denying that the man is a hit maker. And we’re not just talking about the fact that many of his songs get a lot of radio play. Many of his songs, with Gold Digger being a prime example, are permanently etched into the tapestry of our musical consciousness. In other words, Kanye’s catalog of music stands the test of time, an impressive feat given how fickle the world of music can be.

On top of that, Kanye is a bona fide artist when it comes to performing. Again, haters can take jabs at the man’s personality, but Kanye is a performance artist in the truest sense of the word.

Case in point: Over the summer, Kanye headlined the Glastonbury music festival in England where he put on an epic 30-song set which included some tried and true Kanye gems along with some covers which included Queen’s “Bohemian Rhapsody.”

Curious to check it out? Well Kanye yesterday updated his website with video of his entire performance. Load up the site and it’ll start playing automatically in the entire browser window.

You might not take Kanye seriously as a Presidential candidate, but as a performer he’s a sight to behold. Hit the source link below to be whisked away to Kanye’s homepage and check out the performance. Love him or hate him, he brings it every time.

“The show is crazily entertaining, hugely ambitious, emotionally affecting (really!) and, most importantly, totally bonkers,” the publication said. “As for Ye being at least some kind of genius? To paraphrase The Big Lebowski, he might be an asshole, but he’s not wrong.”