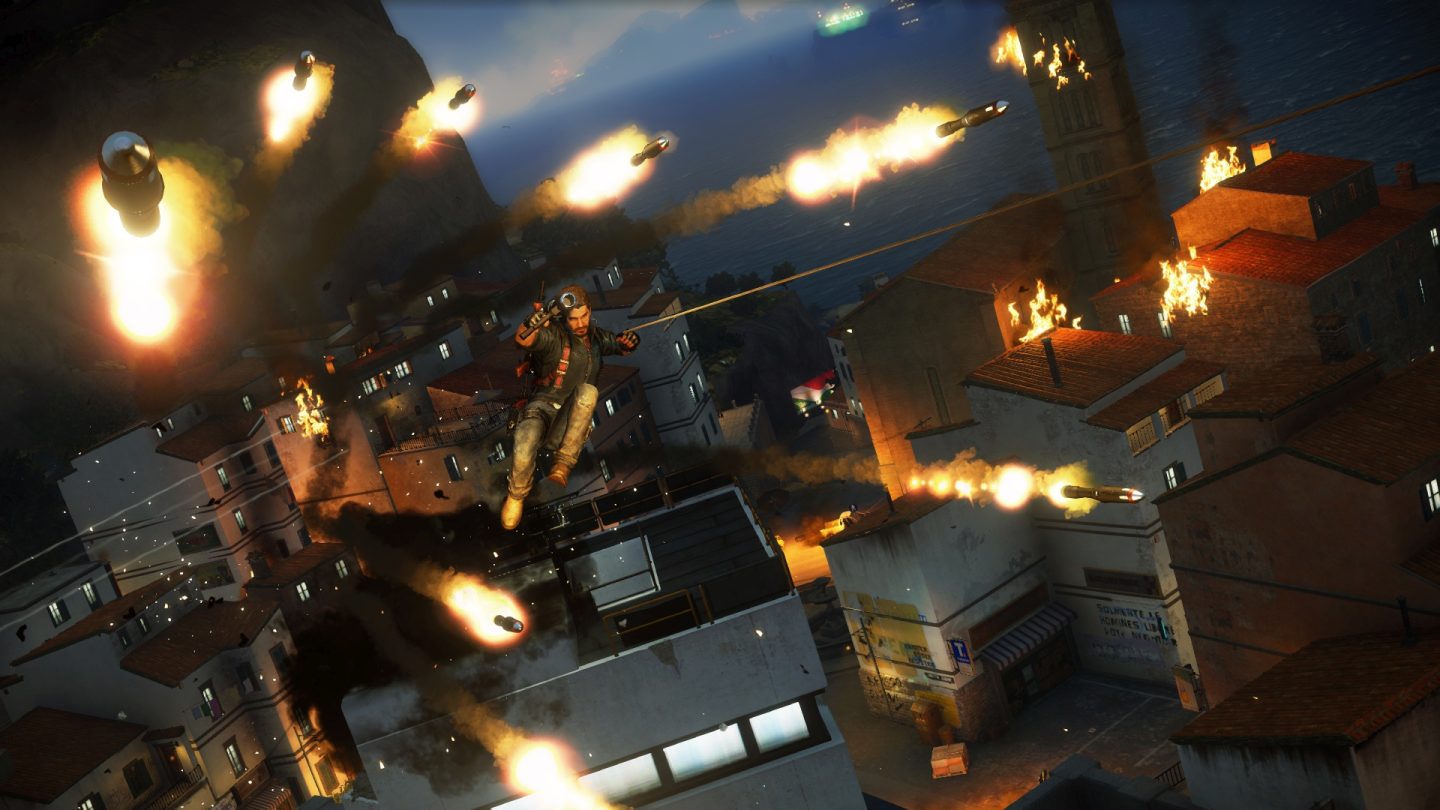 Wingsuit, Grapple Hook, Massive Explosions: The first Just Cause 3 Gameplay trailer takes you straight into the intense action. Watch Rico Rodriguez cause chaos to the regime of the ruthless dictator General Di Ravello, and stopping at nothing to liberate Medici, his home.

Call of Duty: Black Ops 3 is a dark, gritty future where a new breed of Black Ops soldier emerges and the lines are blurred between our own humanity and the cutting-edge military robotics that define the future of combat.

For the first time ever, watch Batman: Arkham Knight’s exciting new “Dual Play” mechanic in action as you switch seamlessly between The Dark Knight and his allies including Robin, Nightwing, and Catwoman in free-flow combat.

Launch! Watch the Launch Trailer for State of Decay: Year-One Survival Edition! Beautifully remastered in 1080p, it will include State of Decay, “Lifeline” and “Breakdown” Add-Ons, along with new weapons, vehicles, gameplay and Achievements. Available April 28th worldwide. How will you survive the zombie apocalypse?

Players take on the role of an Awakened in the new land of Lestaria. You’ll be able to adventure with four-player parties (if you prefer to play solo, you can take three AI pawns with you), as well as chat, form parties, and spend free time in town lobbies with up to 100 people. There will also be a “Quick Matching” feature. (- Gematsu)

Broken Age is a timeless coming-of-age story of barfing trees and talking spoons. Vella Tartine and Shay Volta are two teenagers in strangely similar situations, but radically different worlds. The player can freely switch between their stories, helping them take control of their own lives, and dealing with the unexpected adventures that follow.

Nick Connor just got dumped by Madison, his girlfriend of four years. Enter his life in the wake of their breakup and explore his memories of their relationship. a•part•ment is a narrative-driven adventure game that will be released for PC, Mac, and Linux in Spring 2016 on Steam and DRM-free.