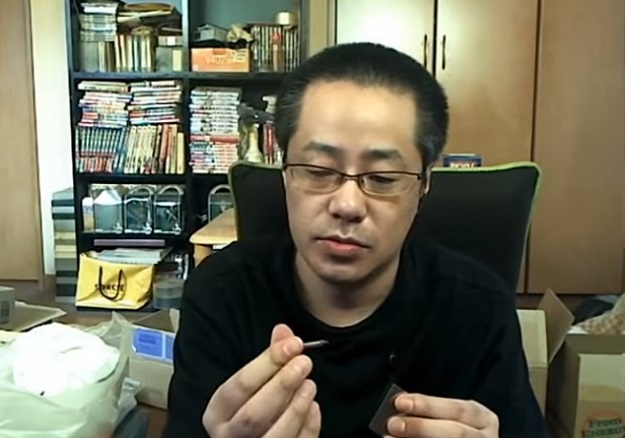 I’m not sure if the Darwin Awards is a global contest or not, but if so, this poor guy from Japan definitely needs some consideration. In a video that instantly went viral over the weekend, we see a man accidentally light his house on fire.

Things begin innocently enough as the man unsuccessfully tries to light a match. Eventually, he winds up lighting up an entire matchbook instead. Still, at this point, things didn’t seem all that grave. Until, of course, he opts to throw the entire lit matchbook into… wait for it… a bag filled with paper. That portion of the video starts at about 4 minutes and 52 seconds in.

What follows next is a sad comedy of errors.

First, the man tries to pour a little bit of H20 onto the flames via a water bottle. Somehow, the famous “we’re gonna need a bigger boat” line from Jaws comes to mind. Next, the man moves the flaming bag to the back of the room.

And from there, everything quickly veers downhill.

The flaming bag of paper quickly begins to grow. Bizarrely, our anti-hero then tries to put out the flames by smacking it with a cardboard box. When that doesn’t work, he tries to smother it with a bowl (fail) and then with what appears to be a mattress or a blanket (fail x2). The flames begin to grow even higher and the man finally tries to pour some water on the fire, but at this point it was too little too late.

Shortly thereafter, the flames grew out of control and the entire room was engulfed in flames. All the while, you can hear a computerized Japanese voice speaking throughout the ordeal, even laughing at times. According to some comments on the YouTube video, the sound was his computer automatically reading some of his stream’s comments out loud.

Note that no one is believed to have died or been seriously injured in the incident.