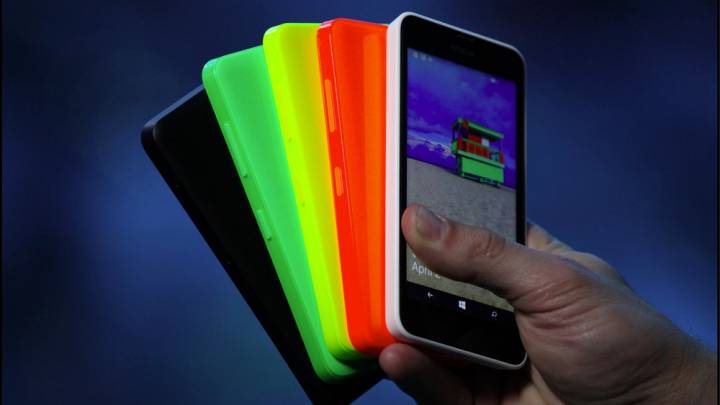 When in doubt, attack the iPhone. This is a strategy that has been employed countless times over the past seven years, ever since Apple’s iPhone first came along and turned the smartphone industry on its head in 2007. One company actually managed to turn iPhone-bashing into a successful business, but it costs Samsung double-digit billions in marketing money each year to make its anti-Apple campaign work. Of course, most companies don’t have that kind of money to spend on marketing and advertising, so they haven’t fared quite as well.

Microsoft is no stranger to targeting Apple in marketing, of course, and its latest effort is one of its most curious to date.

In a tweet from this past weekend addressed to “#TeamLumia,” Nokia US — an account now operated by Microsoft following its acquisition of Nokia’s phone business — asked users, “Can you tell us which is the better deal?”

On the left side of the graphic sits an iPhone above a $700 price tag. On the right side we find nearly a dozen Microsoft products highlighted by the company’s $100 Lumia 635 budget smartphone. Included with the phone are a portable charger, headphones, Office Mobile software, a OneDrive subscription, a portable Bluetooth speaker, free Xbox games and more, the combined cost of which is just $269.99 for the end user.

This latest effort from Microsoft brings to mind a well-known Oscar Wilde quote, where he described a cynic as “a man who knows the price of everything and the value of nothing.”