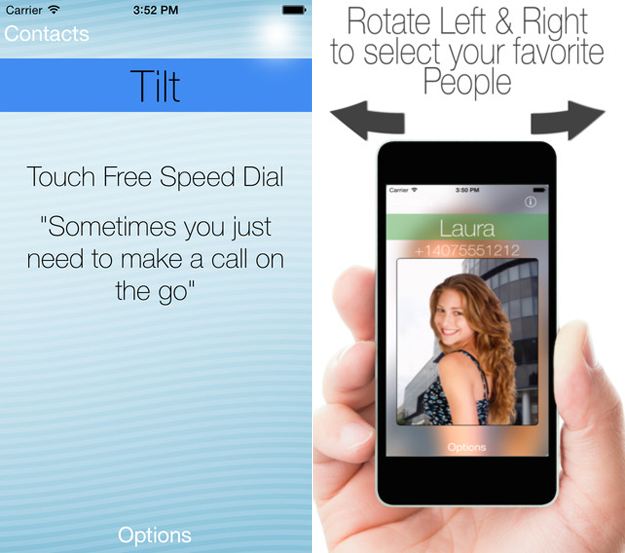 Thanks to our exclusive reporting earlier this year, there was absolutely nothing about Amazon’s Fire phone that came as a surprise — including the public’s reaction to the handset. The handset definitely has some unique features such as Firefly, tilt controls and the 3D effects in the user interface, but none of them appear to be helping to move a significant amount of inventory at this point.

Now, users can get a bit of a taste for what the Fire phone has to offer without actually buying one, because a new free app adds some simple tilt gesture functionality to the iPhone.

Inspired by the Fire phone’s tilt gestures, app developer Mobile Simplified created a simple quick dialer called Tilt. The app is a bit rough around the edges, with an interface that could definitely use a few coats of paint, but it works exactly as advertised.

With Tilt, users can quickly and easily call their favorite contacts without a single tap.

Quickly tilting the phone to one side or the other cycles through the user’s favorite contacts. Then, the app takes things a step further — once the desired contact is reached, simply lift the phone to your head to place a call.

Tilt for the iPhone is a free app and it can be downloaded by following the link below.