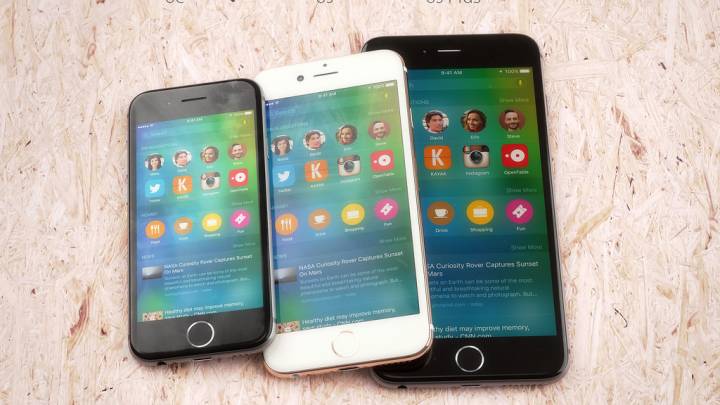 Apple is widely expected to unveil two new iPhones this week, including the iPhone 6s and the iPhone 6s Plus, though many rumors have indicated a third 4-inch iPhone 6c will be available to buyers later this year, though it won’t be announced during Apple’s September 9th media event. However, a designer whose hobby is “visualizing the future in 3D one rendering at a time,” has come up with a new set of pictures that show what the iPhone 6s series of handsets would look like with three new phones.

In his stunning vision, the iPhone 6c is part of this family, and it would offer users access to the same software running on three different displays: 4 inches, 4.7 inches, and 5.5 inches.

The renders from Martin Hajek show the same design lines for all three handsets. The iPhone 6s and iPhone 6s Plus resemble their iPhone 6 predecessors, just as expected for this “S” update.

But rather than being similar to the iPhone 5s, Hajek’s iPhone 6c has the same overall design as the iPhone 6 and iPhone 6s. The front speakers and camera, Touch ID home button, bottom port, speaker and headset jack are all similar to what’s currently found on the iPhone 6. Even the rear antennas and the side button placement is similar.